Although he's on trial for involuntary manslaughter, it seems as though Dr. Conrad Murray is living his life as normally as possible, going for a pedicure this past weekend and even squeezing in a late-night workout on Monday. 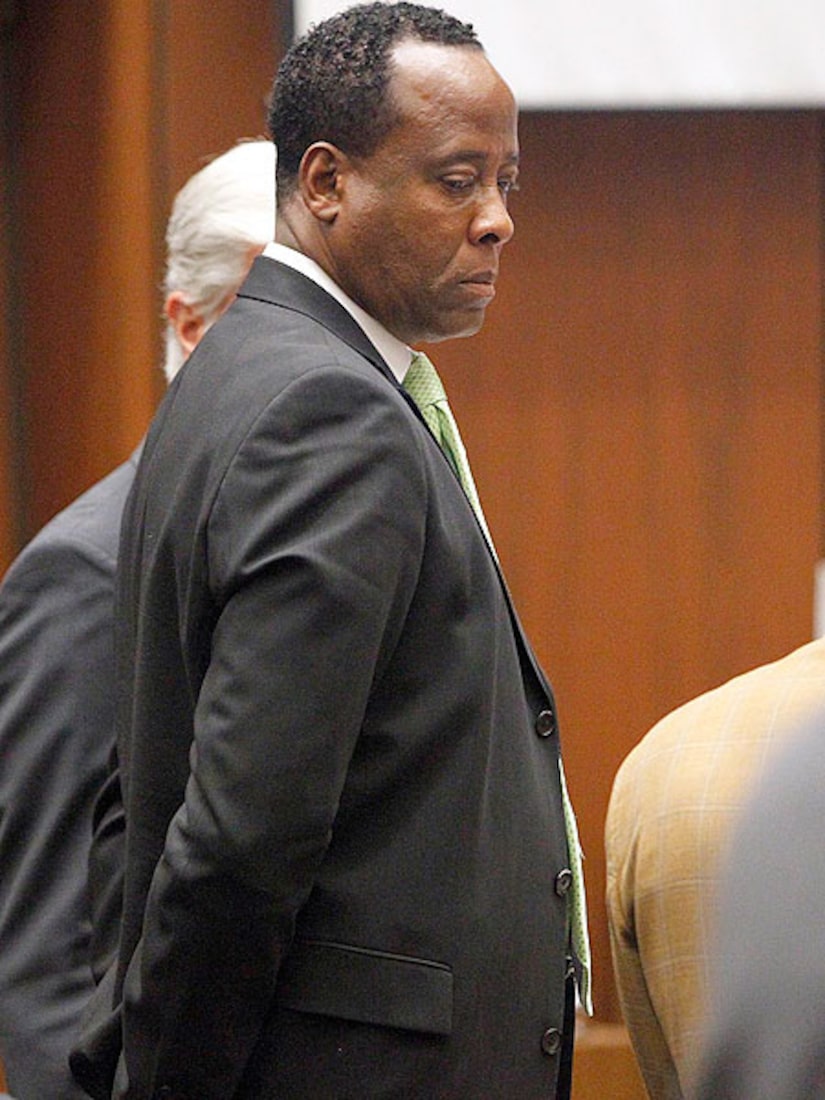 Murray, who was bombarded by paparazzi after exiting the gym, spoke out about his defense team when someone asked, "You think they're doing a good job?" The doc replied, "I think so."

The Houston-based physician answered a few more questions, including, "What kind of response do you get from the public... just from people?" Murray answered, "Generally good."

Now in the second week of the Michael Jackson trial, Murray's former girlfriends, Nicole Alvarez and Sade Anding are expected to take the stand Tuesday. The prosecution claims Murray had phone conversations with the women on the day of Jackson's death.

According to ABC News, MJ's fingerprints were not on the propofol bottles found in the pop star's bedroom. This discovery contradicts the defense theory that Michael self-administered a lethal dose of the prescription drug and the sedative lorazepam without Murray's knowledge.

If convicted, Murray faces up to four years in prison and could lose his medical license. The trial resumes today.