Eligible bachelor George Clooney and actress Stacy Keibler went public with their romance over the weekend at the Toronto Film Festival. The pair, dressed in black for a Saturday night out on the town, smiled after leaving a ritzy bash for Clooney's new film, "The Descendents." 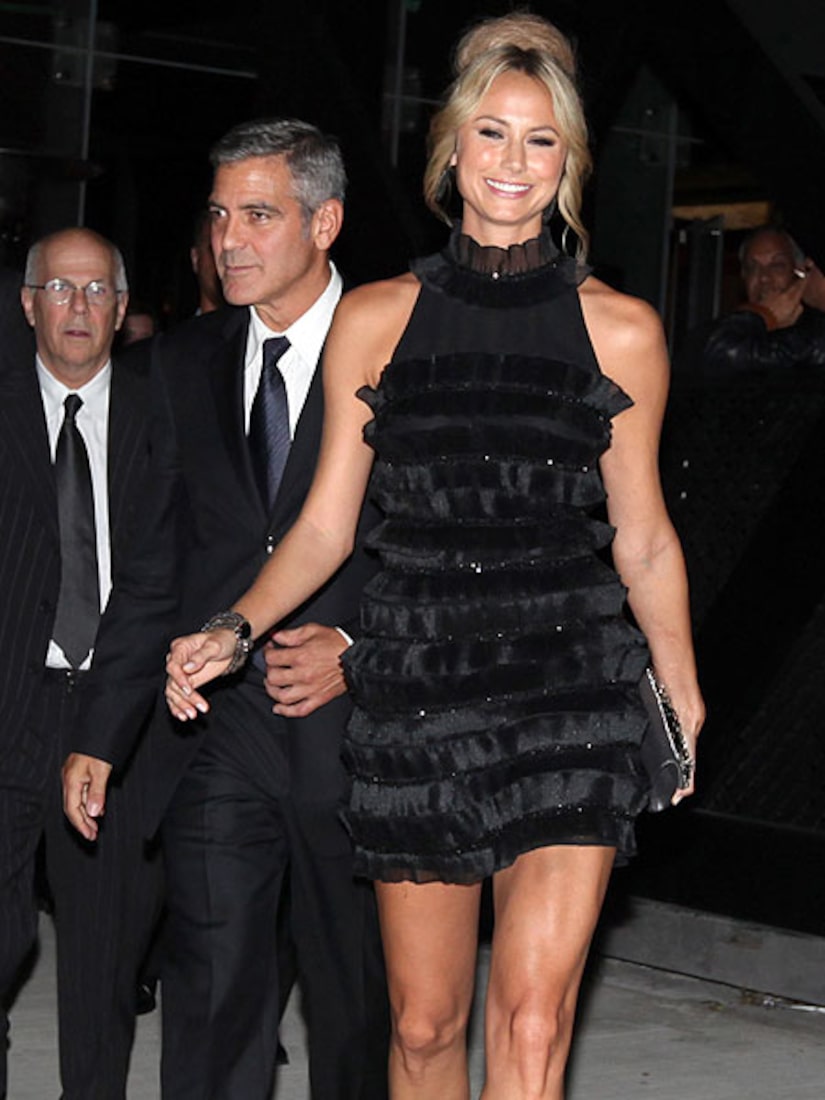 Partygoers told Us Weekly that Keibler, a former wrestler and "Dancing with the Stars" contestant, "had her own conversations going on and wasn't following Clooney around like a puppy dog." 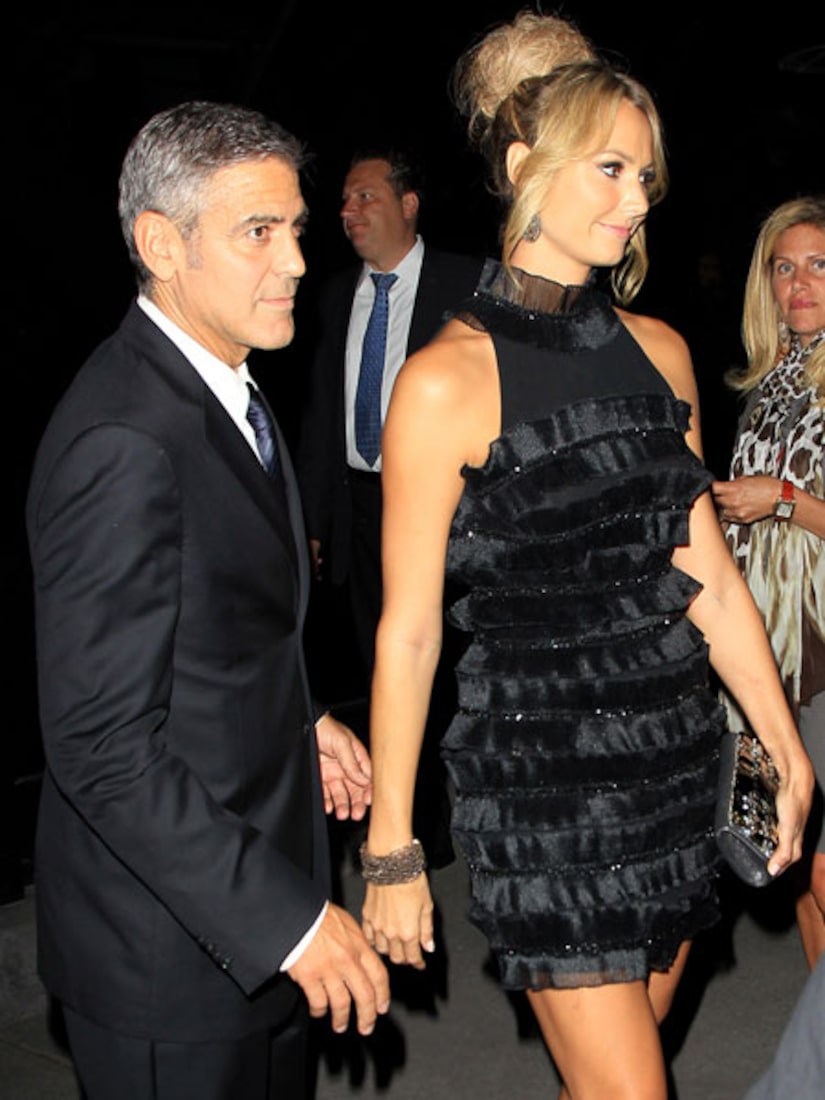 Another onlooker added, "There wasn't a ton of PDA because they were both doing their own thing, but she did come back to him every once in a while."

Clooney, 50, and Keibler, 31, met in 2006 at an Oscar party. The two were spotted hanging out at George's Lake Como villa in early July, with Keibler tweeting, "I'm in heaven. I am the luckiest girl in the world."

Months after his breakup with Preston, Clooney and actress Talia Balsam took off for Las Vegas in a Winnebago and got hitched in 1989. They got divorced 3 years later.The famous bachelor has made it public he did not want to marry again, and till this day has stayed true to his vow.

While filming "The Peacemaker" in Paris, the actor met 23-year-old waitress Celine Balitran in 1996. They couple continued to date for another three years before deciding to go their separate ways.

In 2007, George stepped out to the Venice Film Festival with 28-year-old Sarah Larson.The two were involved in a motorcycle accident on his Harley and the actor suffered a hairline rib fracture and Larson broke her foot.The following year the couple called it quits.