The first transgender contestant on "Dancing with the Stars" is stirring up controversy, with anonymous, ugly comments about Chaz Bono flooding the "Dancing" website. 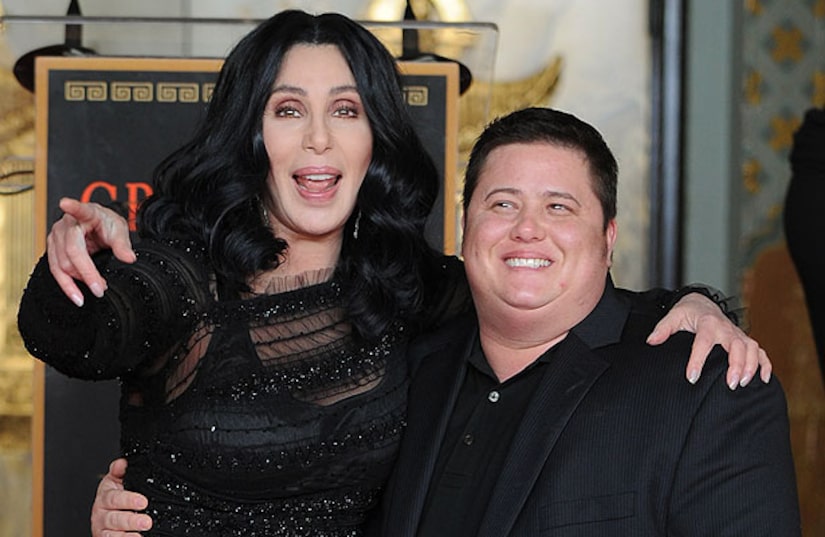 Bono, whose parents are Cher and the late Sonny Bono, was spotted leaving rehearsal with dancing partner Lacey Schwimmer, just hours after the online flames erupted. As he walked to his car, paparazzie asked how it was going, and Chaz gave them a thumbs-up.

Meet the Cast of Season 13's "Dancing with the Stars"!

Cher rushed to her son's defense on Twitter, writing, "Chaz is being viciously attacked on blogs and message boards about being on DWTS! This is still America, right?" Cher added, "I support him no matter what he chooses to do... It took courage to do DWTS! Thank God Chaz has an unlimited supply."

The fired-up singer continued, "Mothers don't stop getting angry with stupid bigots who f*** with their children!"