Her "L.A. Ink" reality gig will soon be over, but Kat Von D's relationship with ex-fiancé Jesse James certainly isn't. Like tattoos, some things last forever... until they're removed, of course. 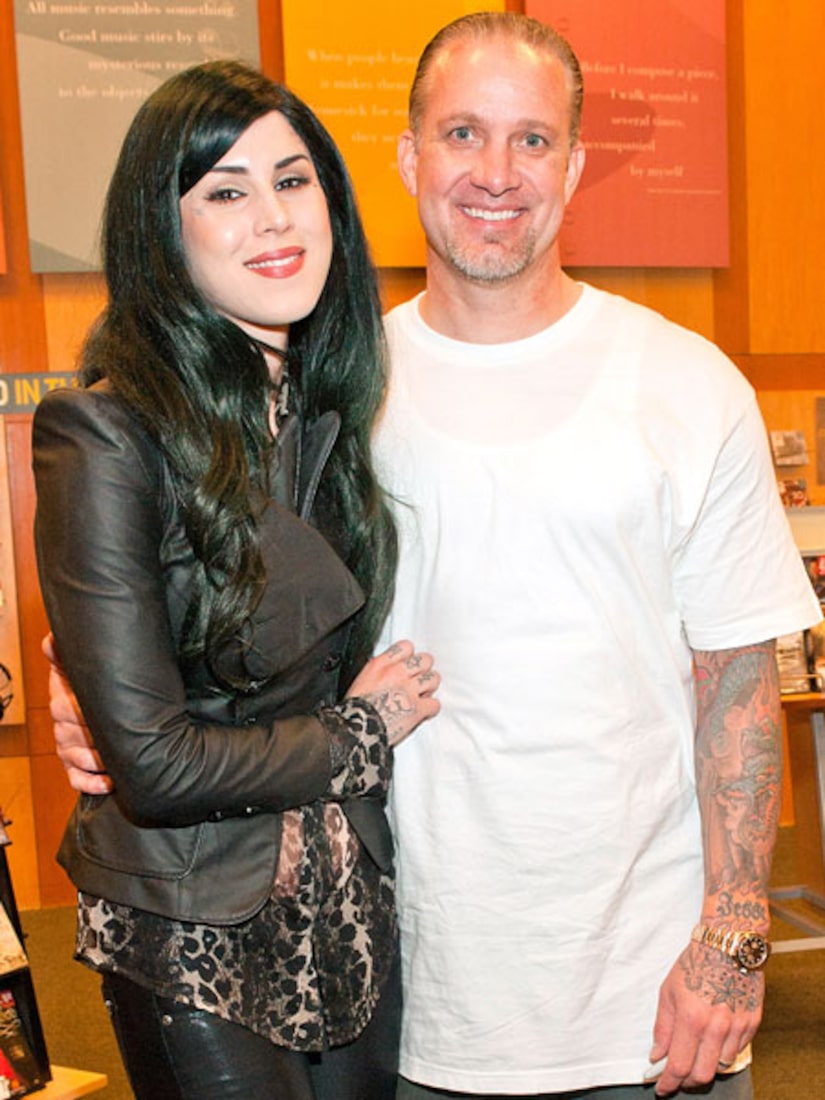 According to People, the couple, who called off their engagement last month, is back together with Kat once again happily wearing her engagement ring.

Kat and Jesse recently took to Twitter and posted some photos of themselves wrapped in each other's arms, clearing showing they are still in love.

Jesse, 42, told People, "Sometimes you are only given one chance in life. It was up to me to open my eyes and see it. That girl is my chance. I will never stop fighting and striving to hold on to her. Showing her how special she is, and how much I love her."