Former California First Lady Maria Shriver and daughter Christina dined at Spago with Oprah Winfrey last night. They were joined by Christopher Schwarzenegger, 13, who was just released from the hospital after suffering a serious surfing accident last week.

Winfrey drove to the Beverly Hills hotspot from her home in Montecito, Calif. to sup with Maria and family. 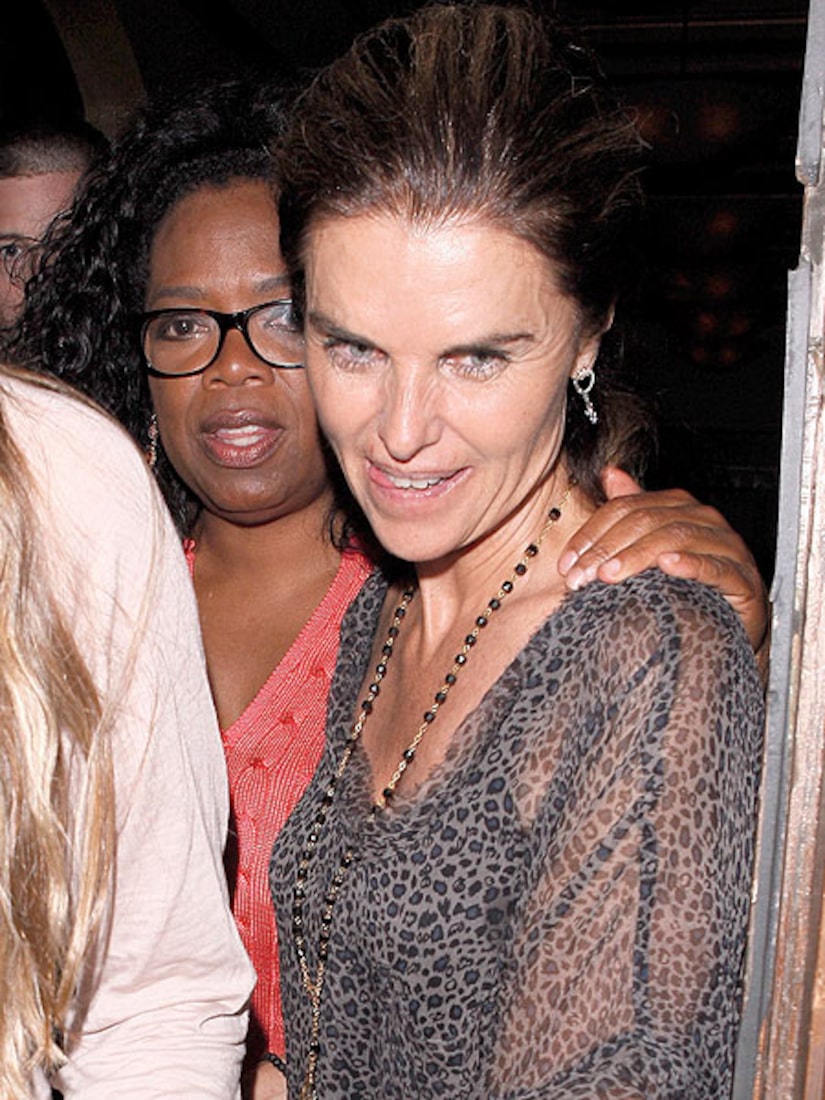 The meeting between the longtime friends sparked rumors of whether they're planning a new show together, since speculation about Shriver's next move includes joining forces with her pal at OWN.

In the meantime, Maria is busy with divorce proceedings, fixing up her recently purchased $10-million mansion, and making sure her baby, Christopher, is all better after his surfing scare.

Christopher, recovering from a collapsed lunch and broken ribs, told the swarm of paparazzi gathered outside the restaurant, "Yeah, I'm okay."

Shriver headed down to The Grove on Wednesday afternoon with Christopher and daughter Katherine to surprise her son Patrick, who is fulfilling a business intern at the shopping hot spot. The trio stopped to chat with "Extra's" Mario Lopez about Shriver's dinner plans with Oprah. Christopher and Lopez also exchanged surfing accident stories.