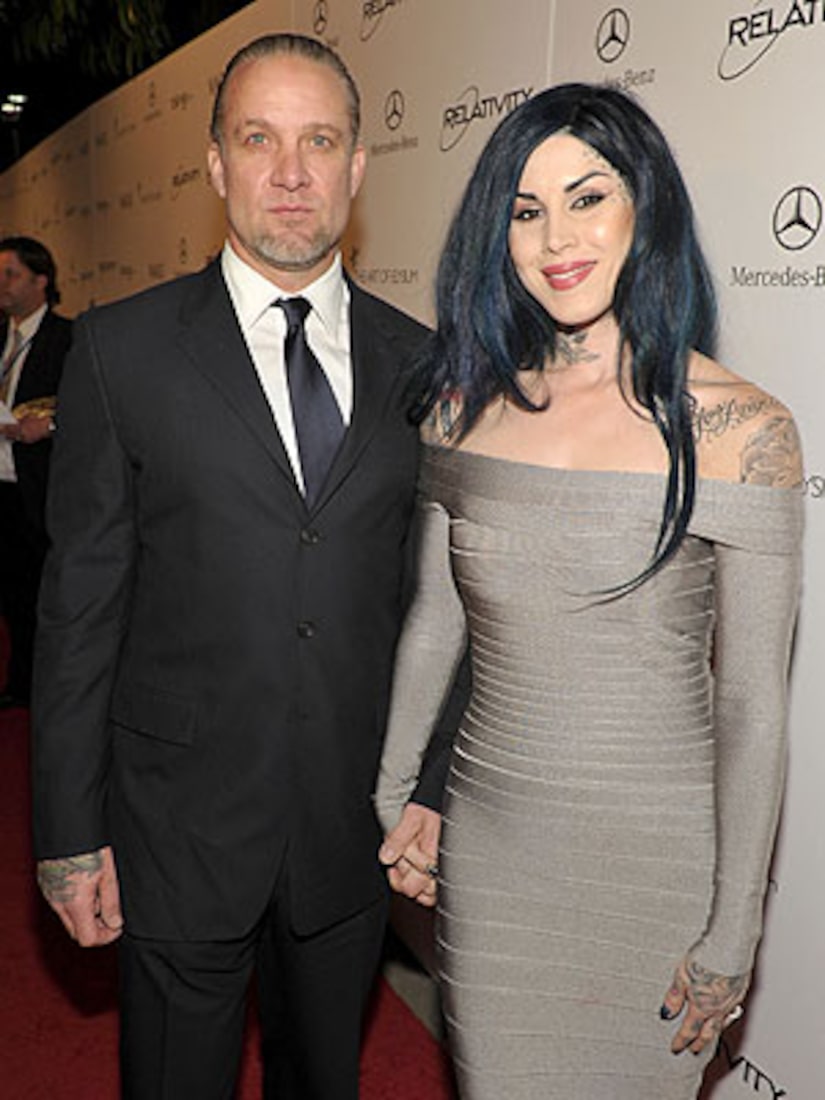 Engaged couple Jesse James and Kat Von D have called it quits, according to People.

Motorcycle aficionado James, 42, and the tattoo artist/reality star, 29, were engaged in January and had planned a summer wedding, but won't be inking a marriage license afterall.

"I'm so sad because I really love her," Jesse says to People. "The distance between us was just too much."

The commute between Los Angeles, where Kat shoots her TLC show, "L.A. Ink," and Austin, Texas, where Jesse lives, ended up taking its toll on the relationship. He starred in the reality show "West Coast Choppers."

Kat, confirming the breakup on Twitter, wrote, "I am no longer with Jesse and out of respect for him, his family, and myself, that's all the info I'd like to share. Thanks for respecting that."