Actress Lindsay Lohan attended a party at Paris Hilton's Malibu beach house on Sunday - and was snapped while hanging with a new man. 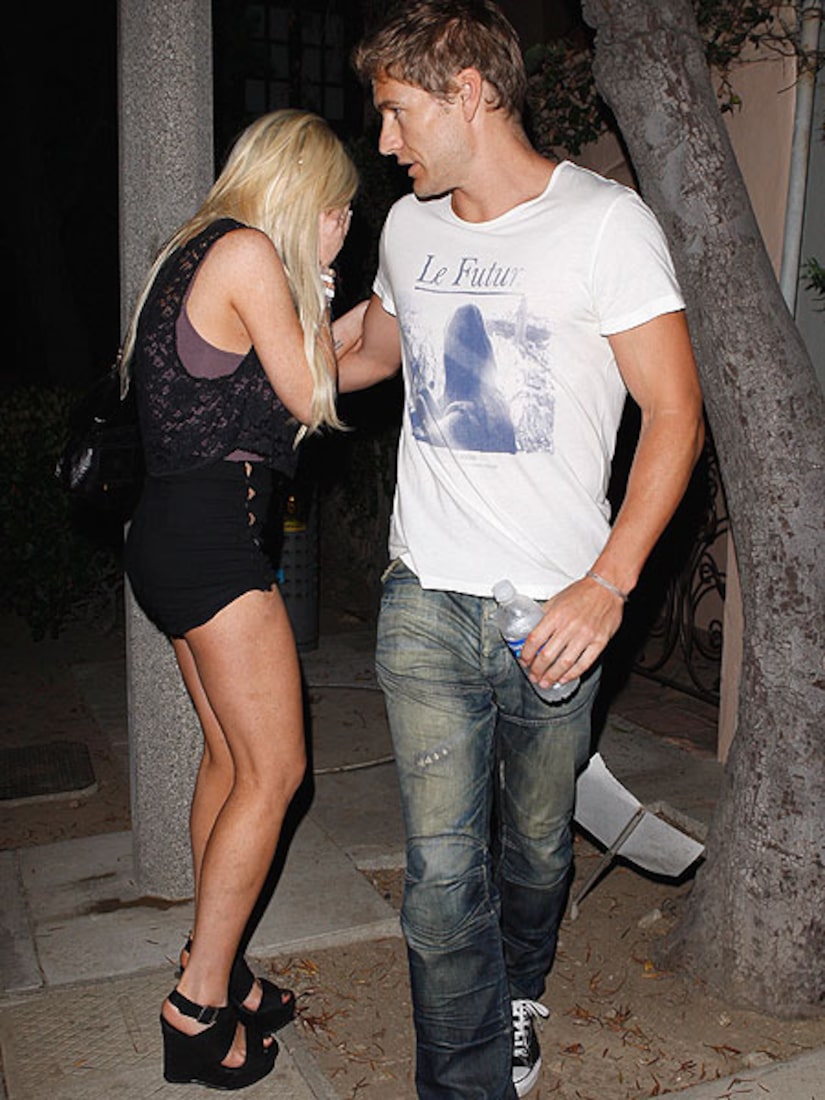 Lohan was also out and about Saturday night, when rumors circulated that she was seen drunk and barely able to stand up. The troubled starlet, however, told TMZ, "Reports of me being intoxicated and not even able to stand are nothing but absurd."

The "Mean Girls" actress was in court last week for a progress hearing on her community service, where the judge urged her to fulfill her obligations. Lohan claimed she had lost her health insurance coverage with the Screen Actor's Guild due to a lack of work and could not pay for private psychiatric counseling.