Actor Ryan Gosling sat down with "Extra" to talk about his new comedy, "Crazy, Stupid Love," but ended up describing how he was pranked by practical jokes master George Clooney on the set of their upcoming drama, "Ides of March."

Gosling laughed, "He will come up to you and tell you something very serious, and then you walk away and you realize your pants are wet. He's had like an Evian spray bottle. He's been spraying your crotch the whole time."

The handsome actor also joked how his "Crazy, Stupid Love" co-star Steve Carell had to have Gosling naked in every scene they were in together. "Steve insisted on that, which I though was really weird. It's in his contract. 1. Red jelly beans in his trailer. 2. Ryan has to have his pants off in every scene I'm in. What?" 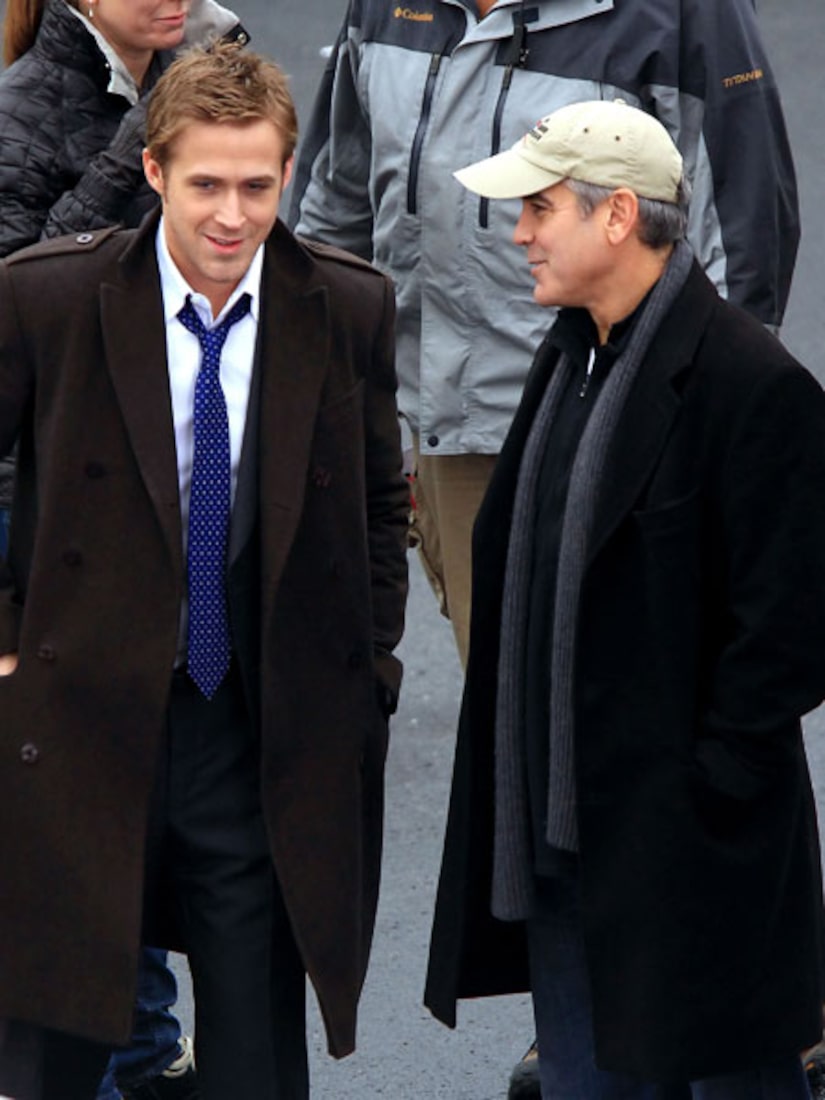 Gosling said he was happy to do a comedy after all the intense work he put into the dark relationship drama "Blue Valentine." "I was pretty stressed out. My doctor wrote me a prescription and said do a comedy, so I did, and I do feel better."

On his dirty dancing scene with "Crazy" star Emma Stone, Gosling said Stone wouldn't trust him to lift her up. "Emma was convinced I was going to drop her. She turned into a bag of rats, going all over the place. I lifted the double every time. Every time. And she was like 'Uh huh, uh huh... no, not doin' it!'"

How does Gosling handle all the attention from paparazzi? "I tried everything; it doesn't work. I just decided that if I'm gonna get pictures taken of me, I'm going to involve the people around me. If you're a stranger on the street and I'm getting papped, you're getting in on it. We're getting papped together."