In the scenic French Riviera, following weeks of star-studded parties at Cannes, it seems "Gossip Girl" star Blake Lively and Leonardo DiCaprio have found romance. The two were photographed holding hands on a dreamy moonlit stroll through Monte Carlo on Friday, reports Us Weekly. 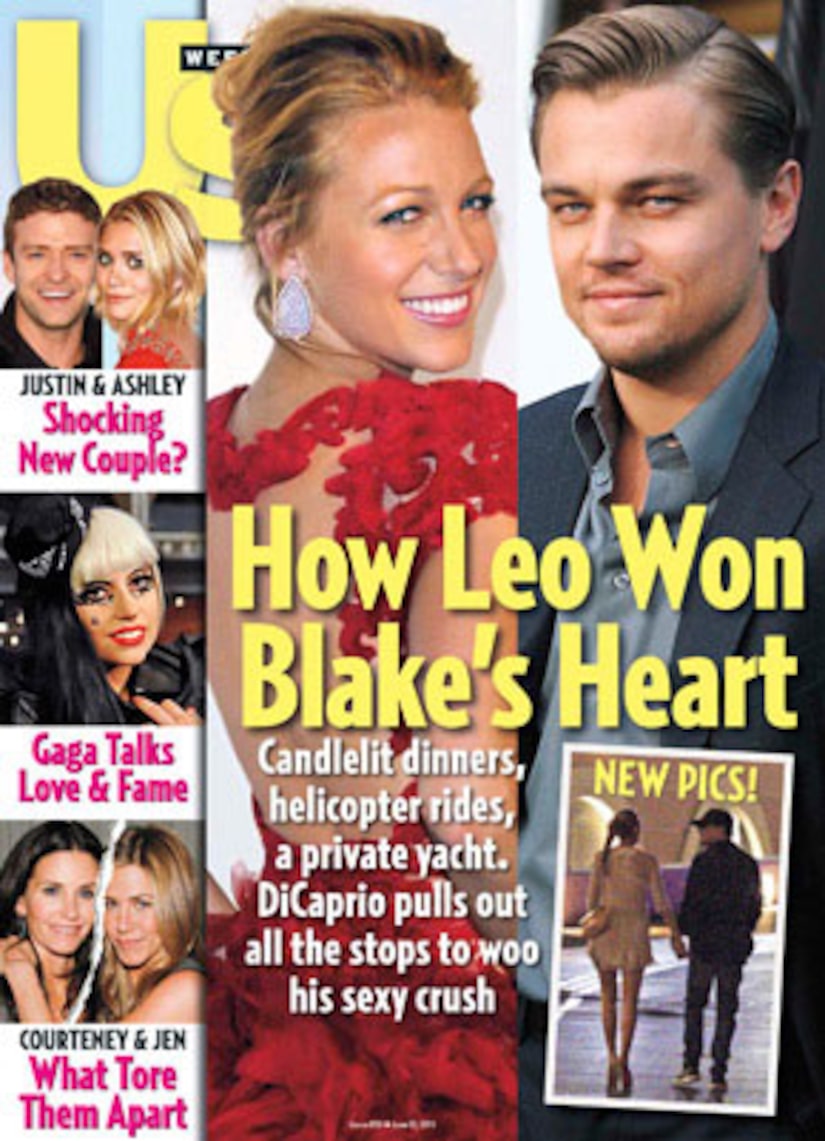 During their whirlwind overseas courtship, Leo wooed the leggy blonde with expensive dinners, helicopter rides, pricey yacht trips and high-profile parties. An onlooker remarked that the Oscar-nominated actor "looked very much in love."

A source added, "He had introduced Blake as his girlfriend. I would say they're totally smitten!" 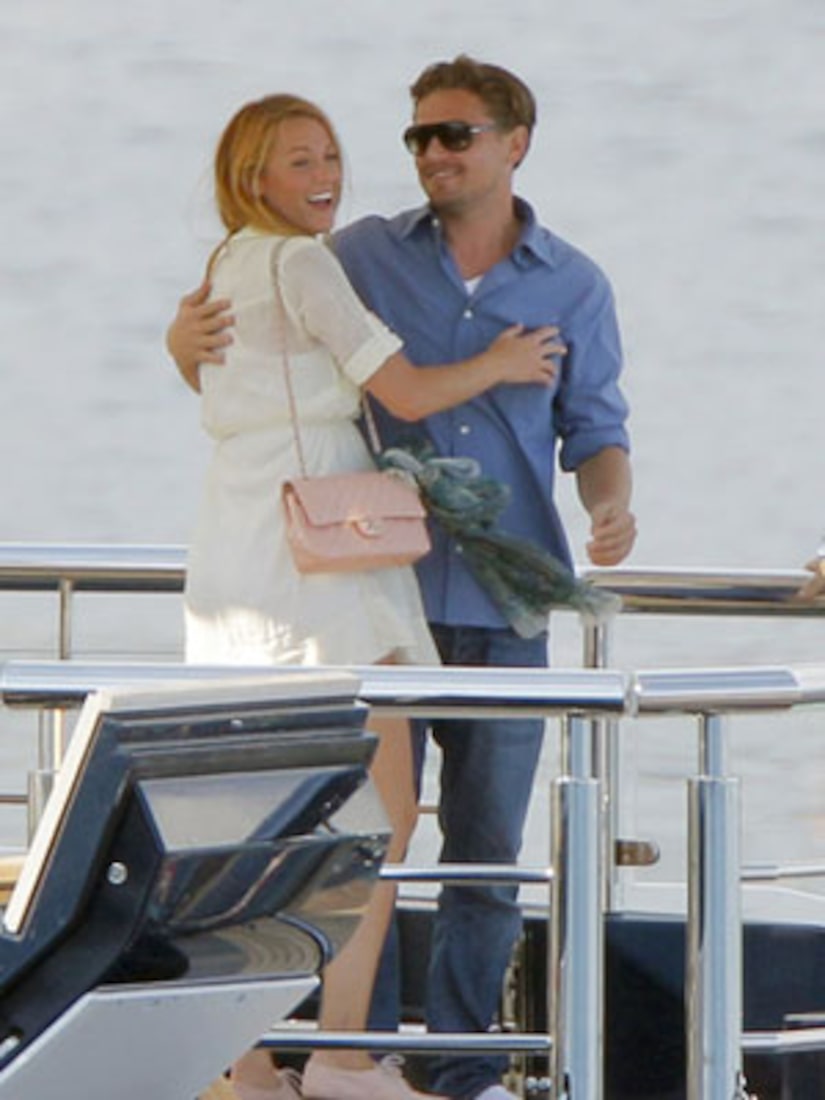 (Leo and Blake hug in Cannes, back in May)

DiCaprio recently split with longtime supermodel girlfriend, Bar Refaeli, who seemed well adjusted to the break -- she recently tweeted a sensational bikini photo of herself vacationing on a yacht in Cannes.

Leo and Blake first connected at a NYC business meeting last November, and shared a kiss at a Hollywood party in January.

An insider close to DiCaprio admitted, "I've never seen him like this with a girl."