The stars took to Twitter to sing the praises of America's armed forces and President Obama, as seen in their reactions after terrorist leader Osama bin Laden was killed by U.S. Navy Seals. 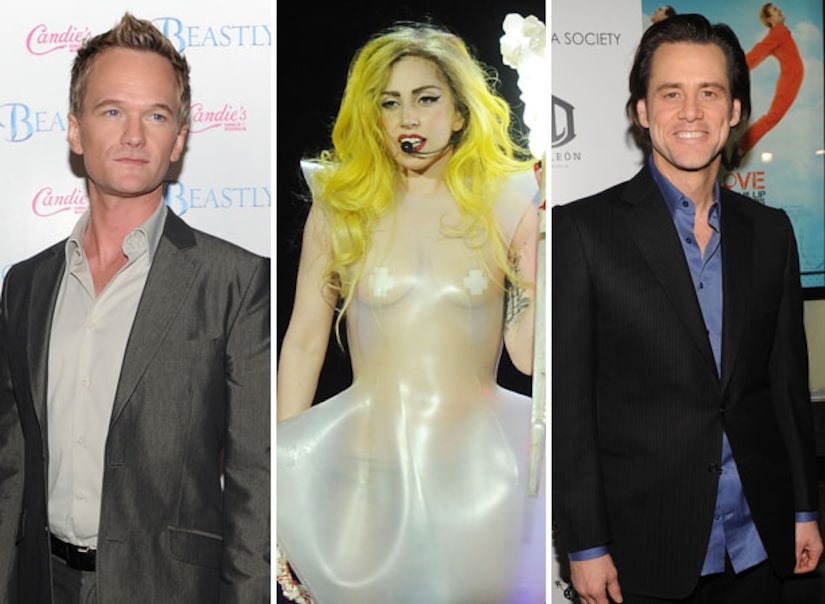 Jim Carrey: Wow! They killed the Boogieman! I felt something was in the air tonight! Bin Laden era over! S'next? ?

Lady Gaga: Just landed. Watching CNN, what a historical moment in the fight against hatred.

Neil Patrick Harris: Everyone is sitting around my living room, mouths agape. Wow, what a night. Thank you, Mr. President, for such an eloquent speech.

Paris Hilton: Just landed back in LA, so happy to hear the news of Osama bin Laden's death. He was the face of terrorism and such an evil man. The world is a much better place with him not in it.

Gayle King: Could BARACK OBAMA look more presidential? we will all remember this day.

Rob Lowe: At ground zero now. Everyone together. No separate religions or political parties. Just people. Americans together; proud.

Bette Midler: Osama is gone! What a great night! Please God, let us become America again... I am so proud of our President. What a thrilling speech

Alyssa Milano: Sending love to the @us_navyseals & all divisions of our military tonight. I appreciate your efforts, sacrifice & courage.

Piers Morgan: Kudos to the Navy Seals who planned and executed this extraordinary mission. One of the great covert operations in modern military history.

Katy Perry: I believe in justice... but don't u think that an eye for an eye will make the whole world blind? ☹ ...But in general (& then after this I'll go back to being an opinion less popstar) It is a GREAT day 4 America & I'm PROUD 2 b an American!

Ryan Seacrest: After last nights bin laden news I jumped on a plane to do radio show and enews live from nyc. Just landed. There is an energy here today!

John Stamos: "I've never wished a man dead, but I have read some obituaries with great pleasure." ~Mark Twain #godblessallservicemen/women

Mike Tyson: Obama got rid of Osama!! ... The principles of Islam are peace & love. Please don't confuse Osama's views as the view of Muslims.