Screaming schoolgirls took over the streets outside singer Justin Bieber's hotel in London Thursday. Liverpool police were called to control hundreds of adoring fans clamoring to catch a glimpse of the teen heartthrob. 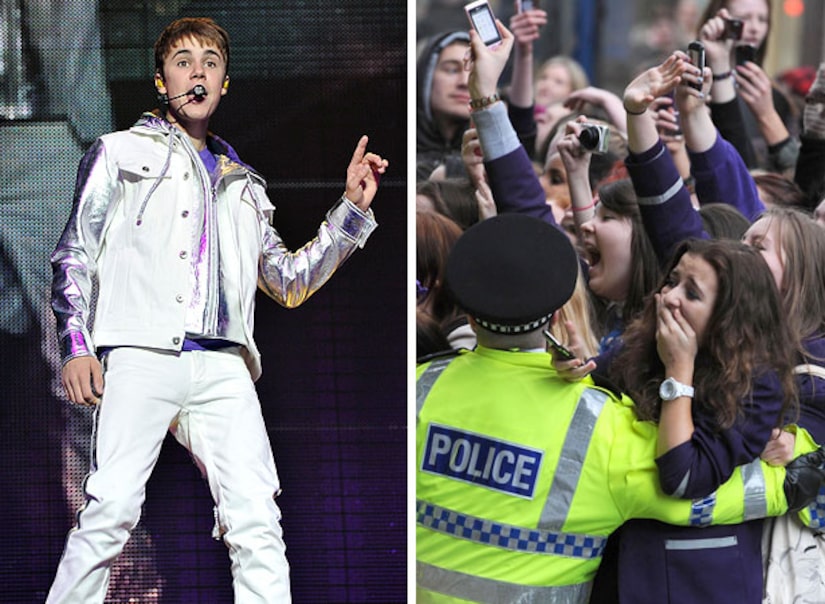 More Bieber Fever at The Grove!

Under threat of arrest, Bieber was directed by police to stay inside his hotel for fear that his appearance on a hotel balcony would "incite a riot." Once police were able to manage the overwhelming crowd of schoolgirls, they allowed the 17-year-old superstar to make an appearance on the balcony, reports reports TMZ.

Justin is set to perform at the Liverpool Echo Arena Friday night.