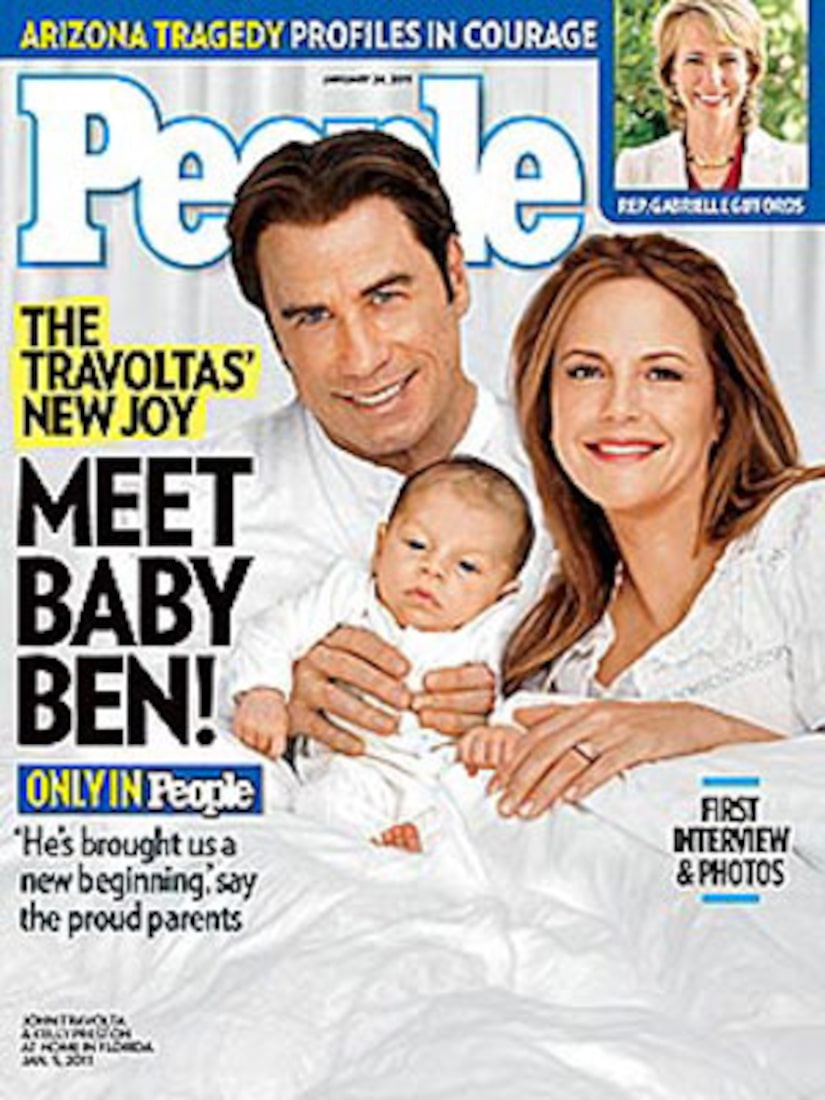 "He's given the house a renewed spirit and purpose," Travolta, 56, told People magazine.

After three years of trying, the couple announced last year they were expecting. "I was completely blown away," admitted Preston, 48.

The "Look Who's Talking" actor said he pampered her as best he could. "I encouraged her and treated her to spa weekends with her girlfriends." Preston added, "And he would sing a lot. Mostly Sinatra, Streisand or Bennett. I loved it, and I felt like we both had a strong connection to Ben."

Travolta was with his wife when she gave birth Nov. 24 as their 10-year-old daughter Ella Bleu waited excitedly outside the room with actress and family friend Kirstie Alley.

And little Ben's favorite toy? Travolta reveals, "It is a teddy bear rug that Lisa Marie Presley gave him."