Australian cricket player Shane Warne -- who was photographed kissing actress Elizabeth Hurley days before she announced, via Twitter, her separation from husband Arun Nayar -- tweeted about his own split from his wife. Crikey! 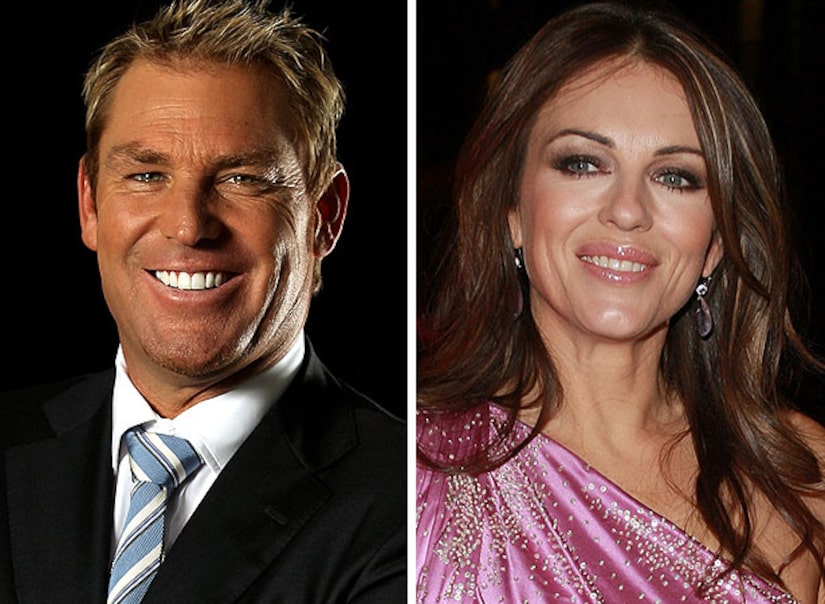 "Sadly and unfortunately, Simone and I split up a while ago," the 41-year-old wrote. "Our close friends and family were informed at that time. It is a private matter so we did not make it public. We remain friends and will continue to be good parents."

Hurley tweeted Sunday that she and Nayar had separated after three years of marriage, but did not mention anything about Warne. "Not a great day. For the record, my husband Arun and I separated a few months ago. Our close family & friends were aware of this."

Hurley, who split from a 13-year relationship with actor Hugh Grant in 2000, met Indian textile heir Nayar in 2002, and the two were wed in 2007. Hurley has a son, Damian, 8, with her former beau, real estate heir and film producer Steve Bing.