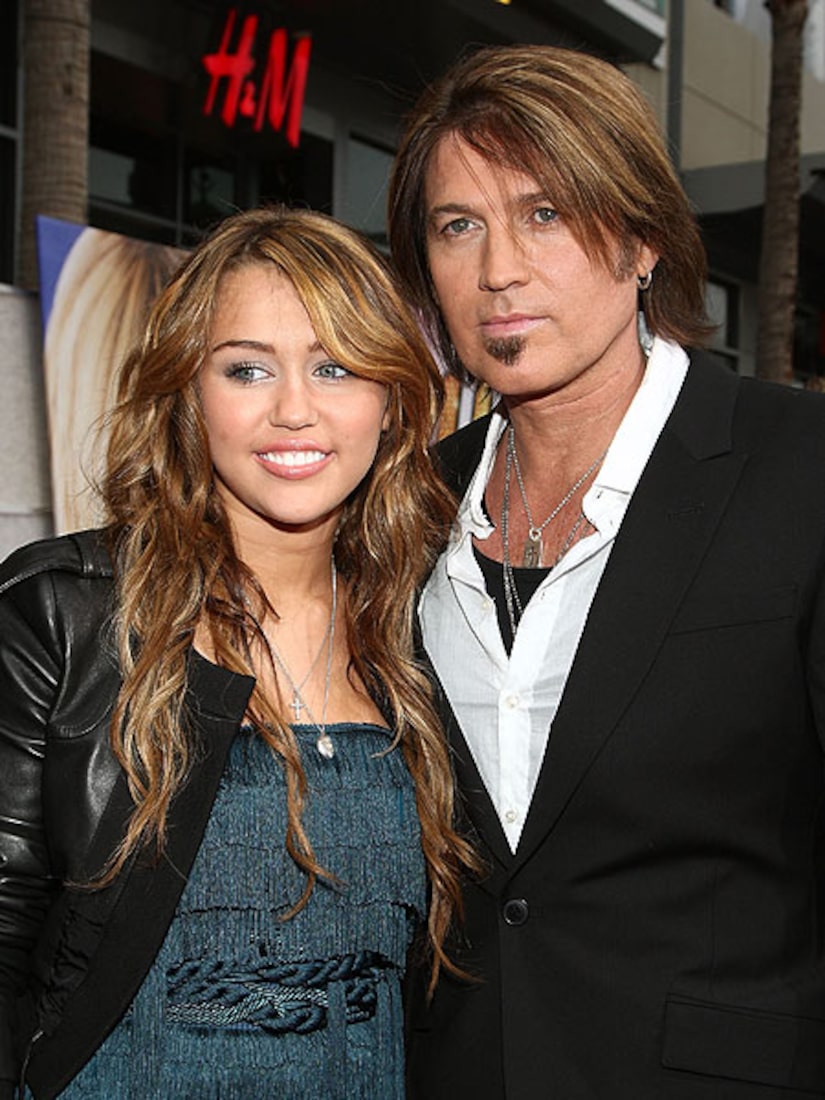 "I had no idea. Just saw this stuff for the first time myself," Billy Ray tweeted. "I'm so sad. There is much beyond my control right now." Billy Ray and Miley's mom, Tish, separated in late October.

In the video, shot five days after Miley celebrated her 18th birthday, the teen star is shown experimenting with a bong at her Los Angeles home, but sources say she was not smoking marijuana.

"Okay, I'm about to lose it now," the starlet says after taking a hit from the bong. "I'm having a little bit of a trip right now."

Sources say the smoke inside the bong is a legal herb called salvia, which reportedly has psychedelic qualities.