Exes Jessica Simpson and Nick Lachey decided to have a romantic dinner on Thursday -- not together, but with their current loves -- at Red O restaurant in Hollywood -- without knowing they both shared the same idea. Oopsy. 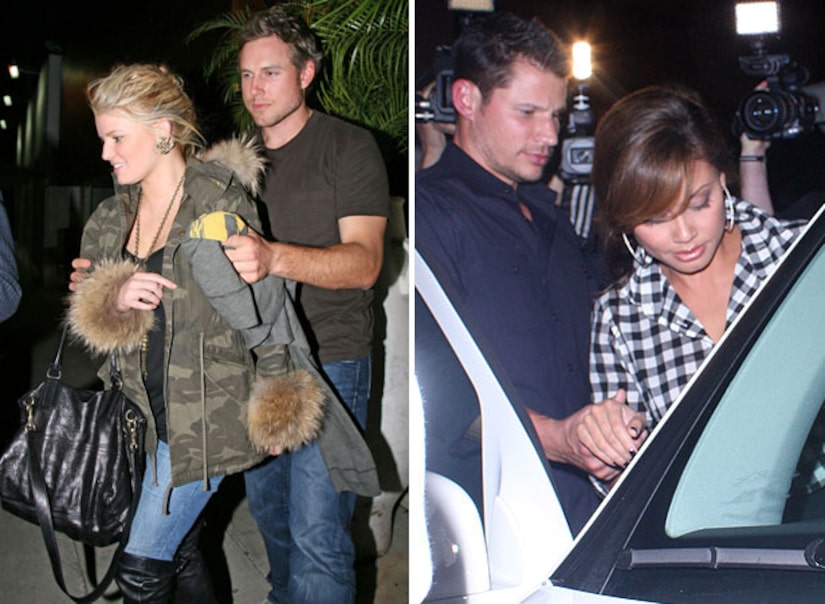 Jessica was dining with beau Eric Johnson, while Nick was out with longtime girlfriend Vanessa Minnillo. The couples reportedly arrived around 8pm and dined for hours in the same restuarant.

No word on whether they made contact, but a witness told Us Weekly that Lachey and Minnillo left at 11 PM and Simpson departed with Johnson an hour later.

Some celebs are coordinating with other celebs so as not to show up to events in the same outfits -- perhaps they need to coordinate their dining!

Check out footage from PopTv.com of both couples leaving the restaurant.