Reality starlet Kim Kardashian is taking over London and Paris with mom Kris Jenner, but even in Paris she can't escape being hounded by paparazzi!

After a whirlwind stop in London, and now in Paris, Kim tweeted a pic on Thursday showing paparazzi chasing her car on motorcycles.

Check out more of Kim's Twitpics of her European vacation! 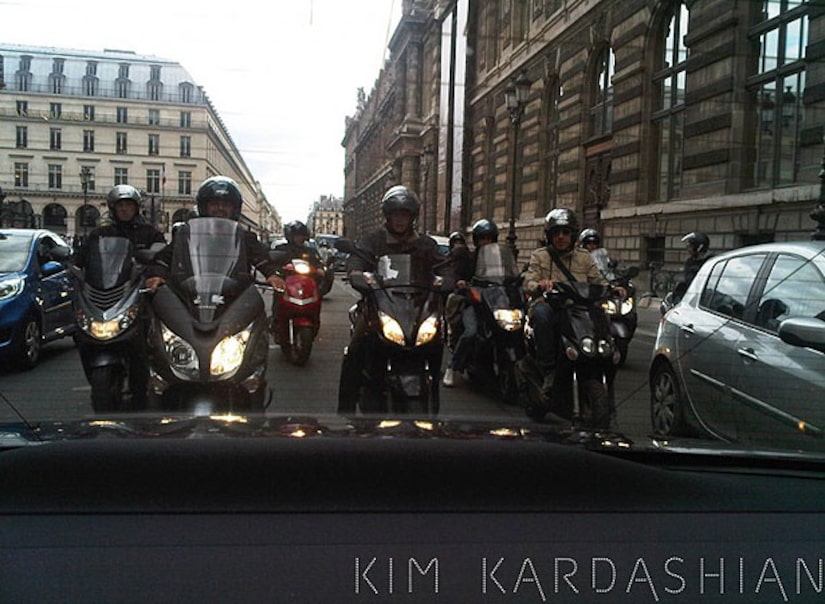 Reports surfaced this week that Kim has been shopping for more than just shoes and purses during her trip overseas -- the clothing designer reportedly purchased three home pregnancy tests.

"Extra's" Mario Lopez texted Kim to clear up this crazy rumor, to which she replied, "The pregnancy rumors are not true, but I am in Paris having the time of my life."