Snooki was arrested July 20 at a Seaside Heights, NJ beach, after she was spotted using a beer bong, falling off a bicycle and disturbing the peace, to which she pled guilty. 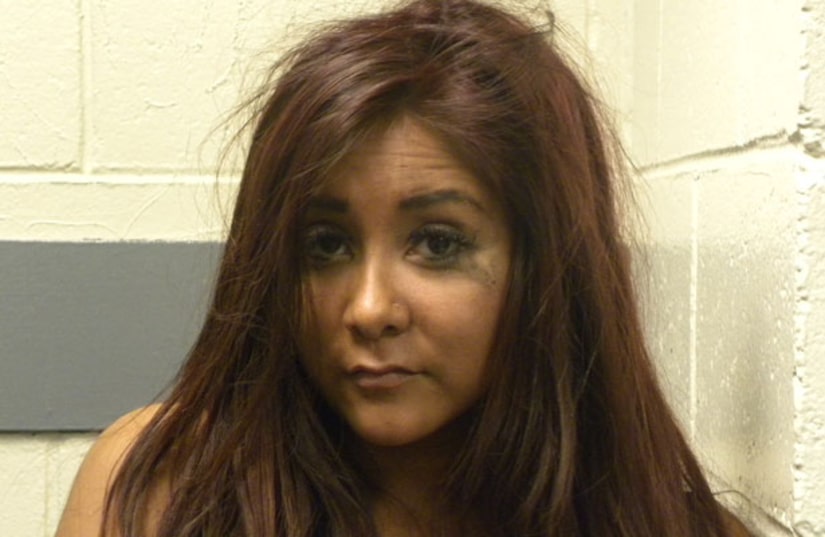 Calling her a "Lindsay Lohan wannabe," Judge Damian Murray said he didn't know if her drunken antics were intentionally annoying, but warned the reality starlet that she should decide "if it was worth trading your dignity for a paycheck," TMZ reports.

See other celebrities who have faced the judge!

Snooks could have been sentenced to 90 days in jail, but the judge let her off with two days community service and a $533 fine. She addressed the court and said she was "very embarrassed," adding that she was never in this kind of situation before... well, not for being illegally annoying.