Adding fuel to relationship rumors, "Twilight" co-stars Kristen Stewart and Robert Pattinson returned to LAX Tuesday night after a weekend together in Montreal. 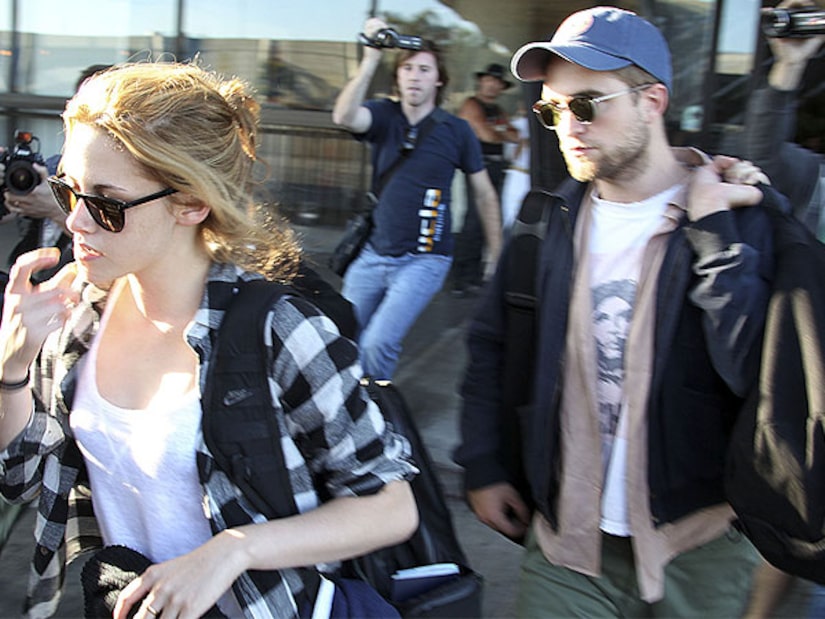 Days after wrapping his new film, "Water Elephants," RPattz took off for Canada to be with Kristen while she films her latest movie, "On the Road."

The two have been dodging questions about their relationship for years, but weren't shy while being photographed smooching over the weekend.