Actress Sara Rue has a lot to celebrate these days. Since becoming a Jenny Craig spokesperson in December, Rue has lost 50 pounds... and counting! 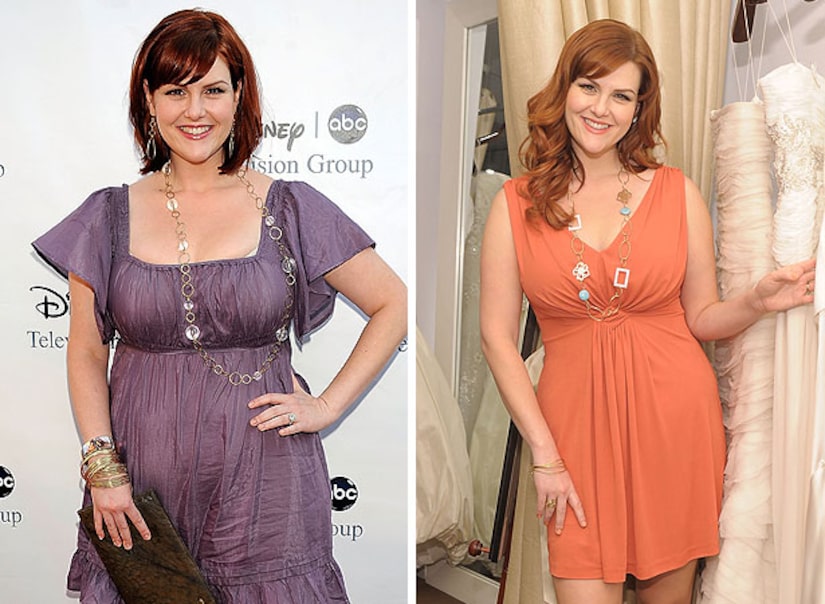 She also finally enjoys working out, logging 45-60 minutes of cardio, 5-6 days a week. "I spent the first few months of this program wearing my pedometer and getting in my 10,000 steps every day," Rue siad. "When I started running I would run for one minute and walk for ten. Now I can run for two-and-a-half hours straight. That's insane! I never would have thought six months ago that I would be able to run that much."

Now a lean size 6, the former "Less Than Perfect" star is busy planning her spring 2011 wedding to Kevin Price, a teacher, even recently popping into Vera Wang in Beverly Hills.

"I wandered to the back of the store where all the bride gowns were. The woman zipped it up and she had to clamp it in the back because it was too big," Rue laughed. "It was just a great feeling."