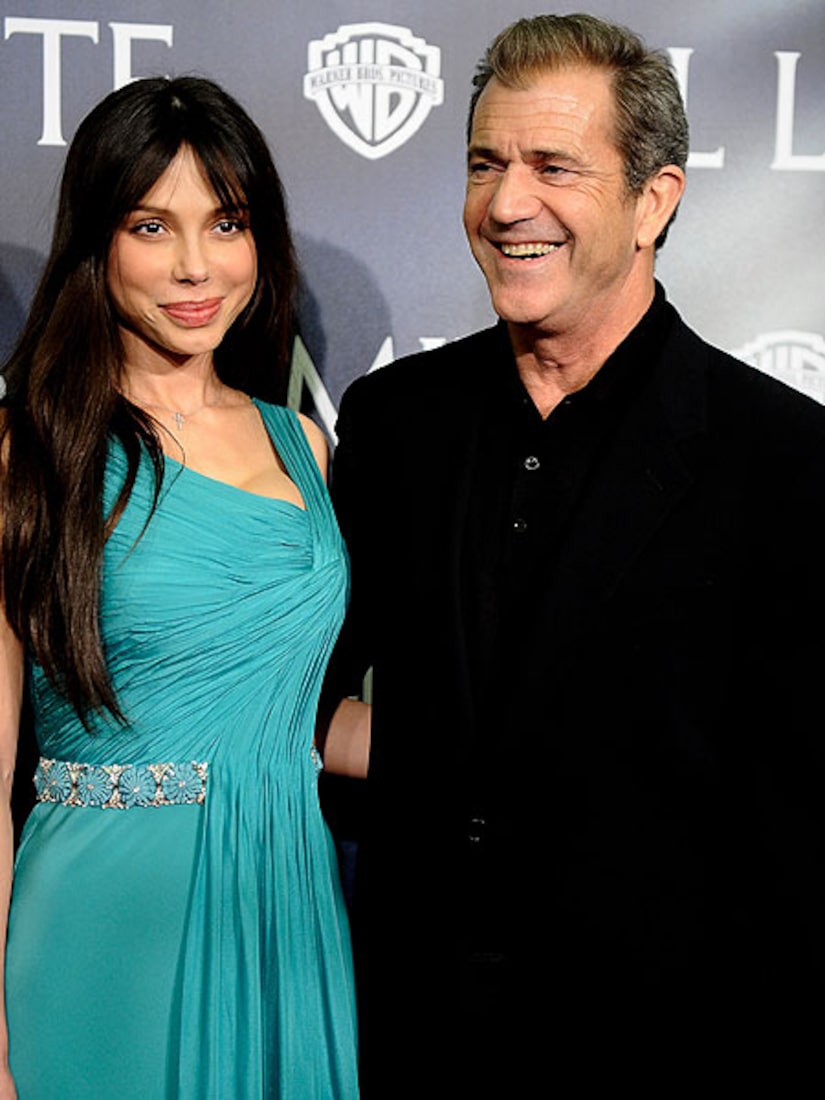 Oksana Grigorieva has told authorities Gibson once threw a TV at his ex-wife, Robyn, according to a confession he once divulged to Oksana, and he also admitted to hitting his youngest son Tommy at a hockey game.

Radar Online also obtained several threatening texts Gibson sent Oksana on Feb. 18, after the actor accused her of flirting with a gardener at a tree-planting ceremony for their daughter, Lucia. A few of the texts said, "Safe is best!" and "I'm drowning in self doubt and depression. And pure rage."

The L.A. Department of Children and Family Services is conducting a separate investigation, due to the closed-door custody battle.