Actress Jennifer Aniston has obtained a restraining order against a man who has been prowling around her Hollywood Hills home -- and is considered dangerous, TMZ reports. 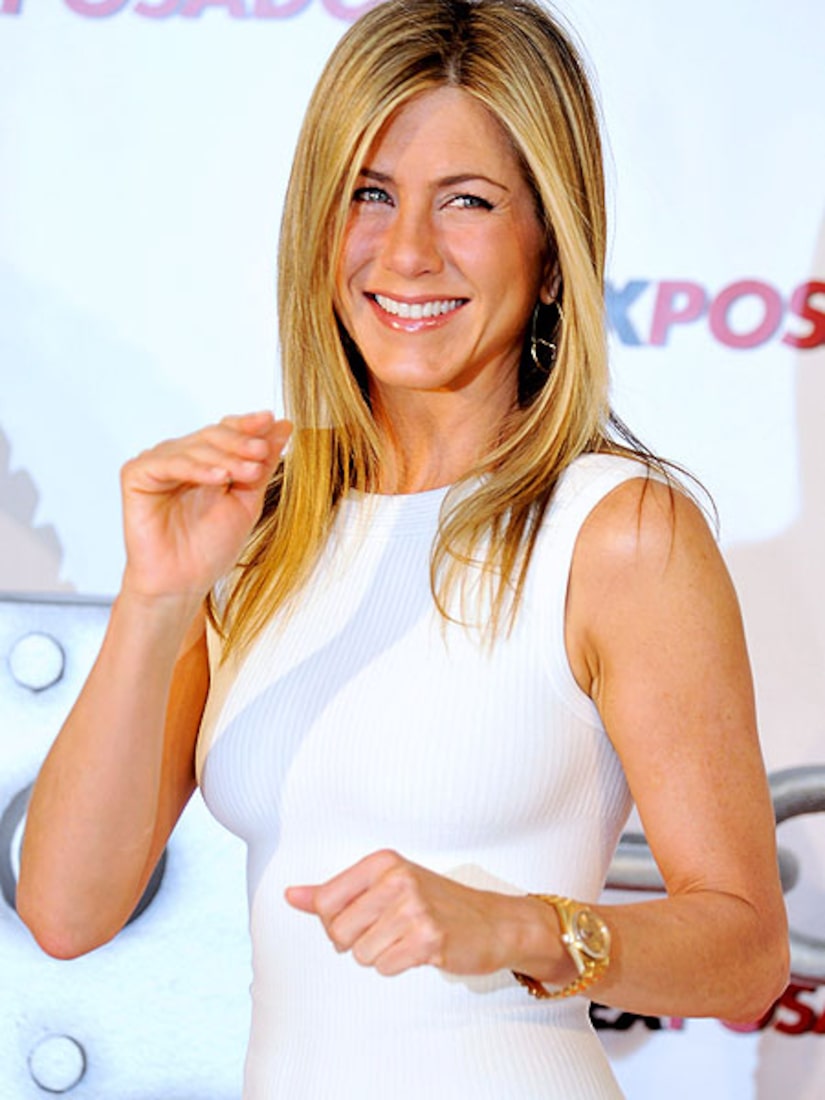 The man, Jason Peyton, was found on July 15, "laying-in-wait (sic) in a location he believes she frequents with a 'sharp object, a bag, a roll of duct tape and written messages about [Aniston]," the documents state, including a carved message on his car that said, "I LOVE YOU JENNIFER ANISTON."

The 24-year-old Peyton has been arrested and placed on a 5150 psychiatric hold. The Los Angeles Threat Management Unit is also involved in the case.

See photos of Jennifer Aniston through the years!

The restraining order also details how he was on a "delusional 'mission' to locate and marry [Aniston], with whom he believes he is in a relationship." Other celebrities he thinks he's related to are Oprah, Nelson Mandela, Jay-Z, Jennifer Lopez, Courteney Cox, Bill and Melinda Gates, Presidents George Bush and George W. Bush, and Donald Trump.

Peyton has had a violent past, including stabbing himself and hitting his mother with a golf club, and was previously institutionalized. He was apparently taking antipsychotic drugs, but authorities say he stopped taking them in March.