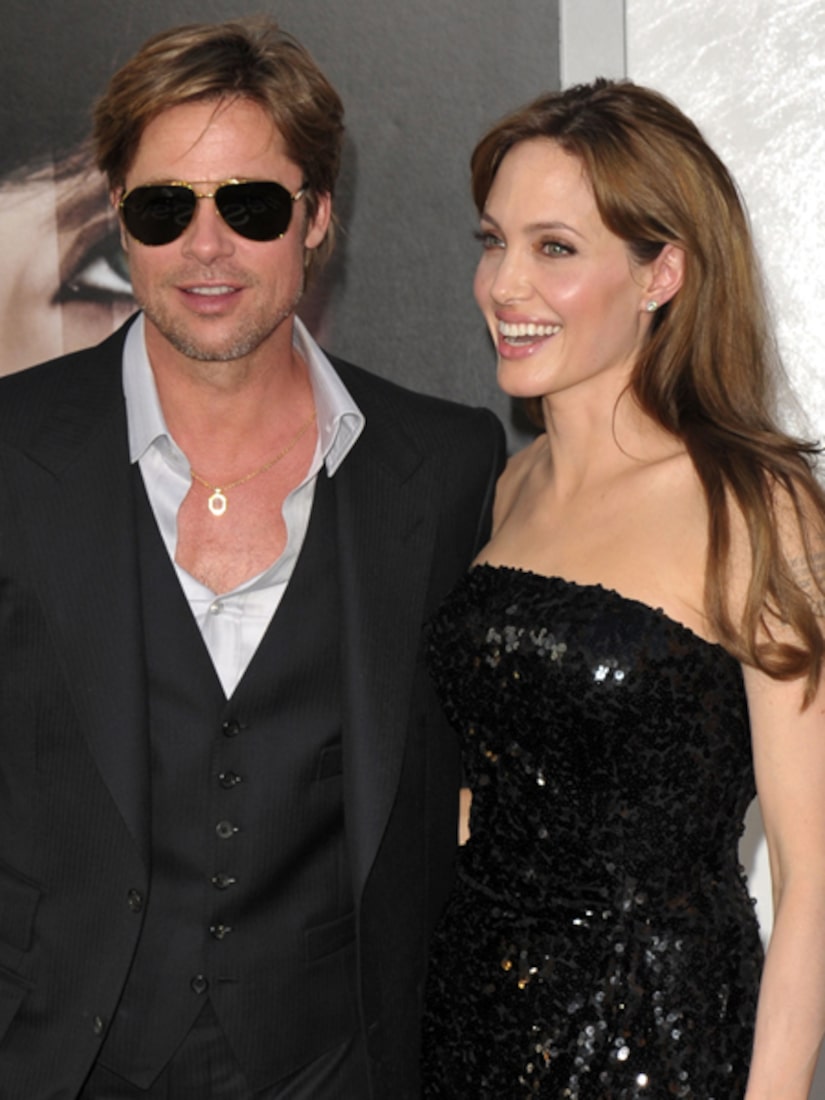 A clean-shaven Pitt couldn't keep his hands off Jolie, who dazzled in a sparkling Armani mini. The two were very playful and smiled for a throng of photogs, fans and reporters.

"I haven't worked for over a year," Jolie told APTN of filming "Salt." "I had two babies. I'd been home in my nightgown a lot. It was really nice to get out and get really aggressive and get physical. It was a nice balance."

See photos of Brad and Angie through the years

The actress also went on rumor control over reports that she's battling Catherine Zeta Jones to play Elizabeth Taylor in a new movie about Liz's love affair with Richard Burton. "I'd never heard that before," she said. "I don't think anybody could be better at being Elizabeth Taylor than Elizabeth Taylor."

Angie's dad, Jon Voight, who was also at the premiere with son James Haven, said his daughter and Taylor have one thing in common, "They're both great beauties."