"Extra's" Lauren Sanchez caught up with Betty White, the world's hottest octogenarian, on the set of her new sitcom, "Hot in Cleveland," which co-stars Valerie Bertinelli, Wendie Malick and Jane Leeves. 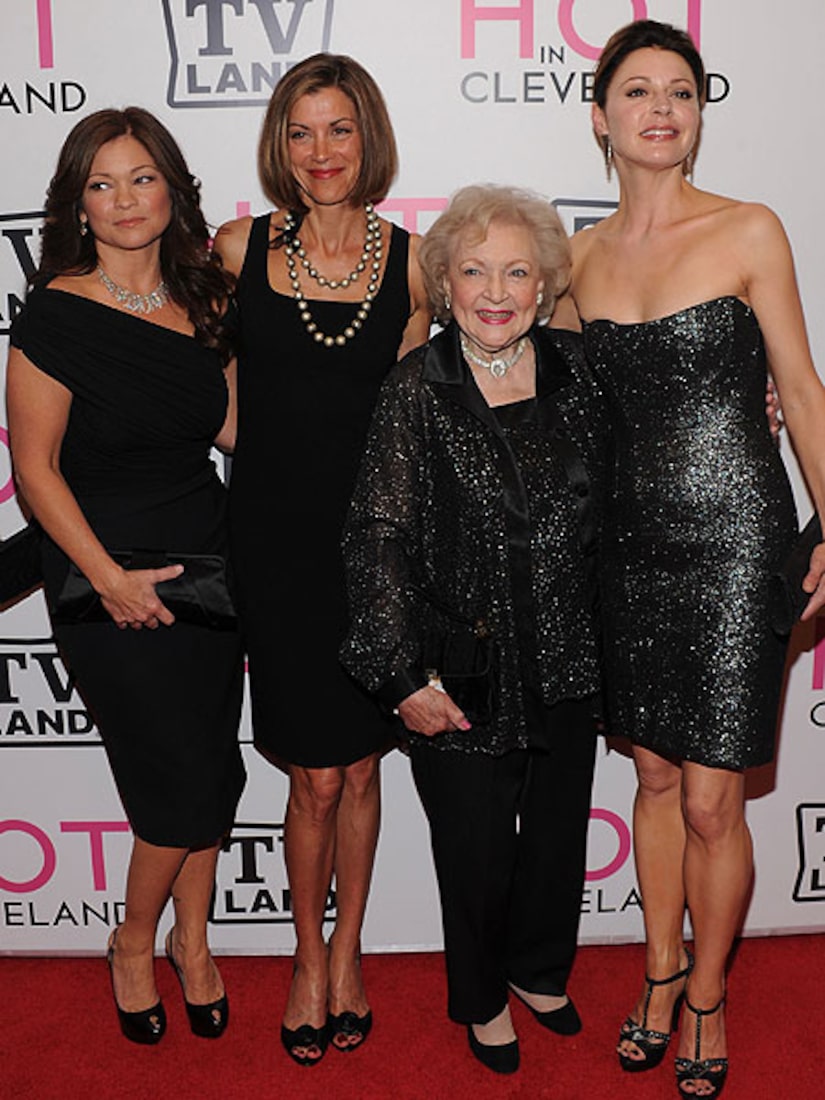 Betty talked talk about her MTV Movie Award appearance with Sandra Bullock, losing her good friend Rue McClanahan -- and who she would like to star with in an onscreen romance.

On Sandra Bullock: "Didn't she look gorgeous? We had a good visit backstage [at the MTV Movie Awards]. She was talking about the baby and she said, 'Betty, I know what you really want to know about... my dogs! My dogs are fine.'"

On Rue McClanahan: [holding back tears] "Ruzzie was our butterfly. While we knew how ill she was, we didn't think it was gonna happen like that. This one is tough."

On who she'd like to star with in a romantic comedy: "I always say Robert Redford to everything. Or George Clooney. I could put up with George. I'd force myself, you know."