Gossip blogger Perez Hilton has stepped in it again -- and this time he could face criminal charges. 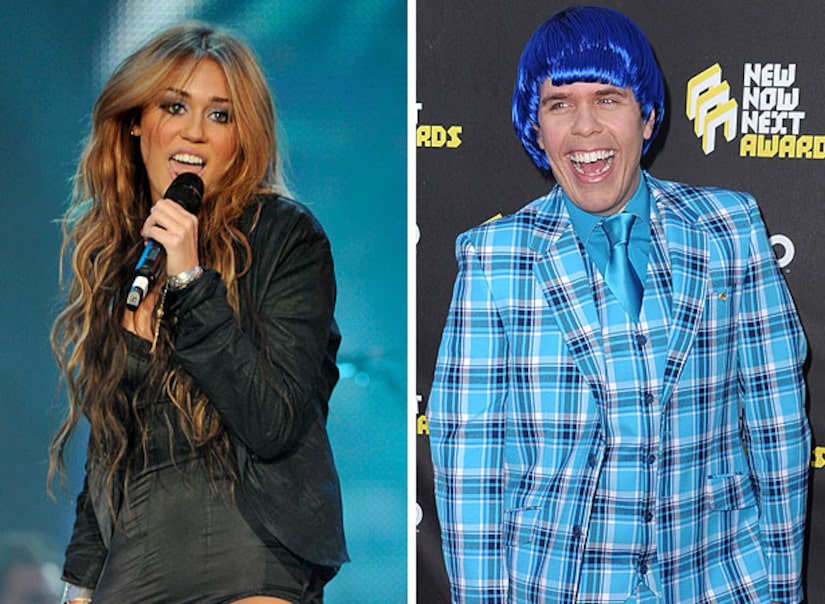 Hilton posted an explicit photo of 17-year-old Miley Cyrus on his Twitter account, wearing a short skirt with little or no undergarments. He prefaced the tweet with "If you are easily offended, do NOT click here. Oh, Miley! Warning: truly not for the easily offended!"

But since Cyrus is underage, the blogger could be in plenty of hot water if authorities decide to investigate under child pornography laws.

Hilton denied the photo showed Cyrus' private parts, saying in a video statement, "Do you think I'm stupid enough to post a photo of Miley if she's not wearing any underwear down there? No! Sure I like to seem controversial, but I don't want to go to jail." Hear what he has to say!

Miley herself quit Twitter some months ago after publishing numerous photos of herself in various states of undress.

Cyrus' attire has been in the news of late, with criticism that it's too suggestive, especially her skimpy concert outfits. Her edgy new single is called "Can't Be Tamed."