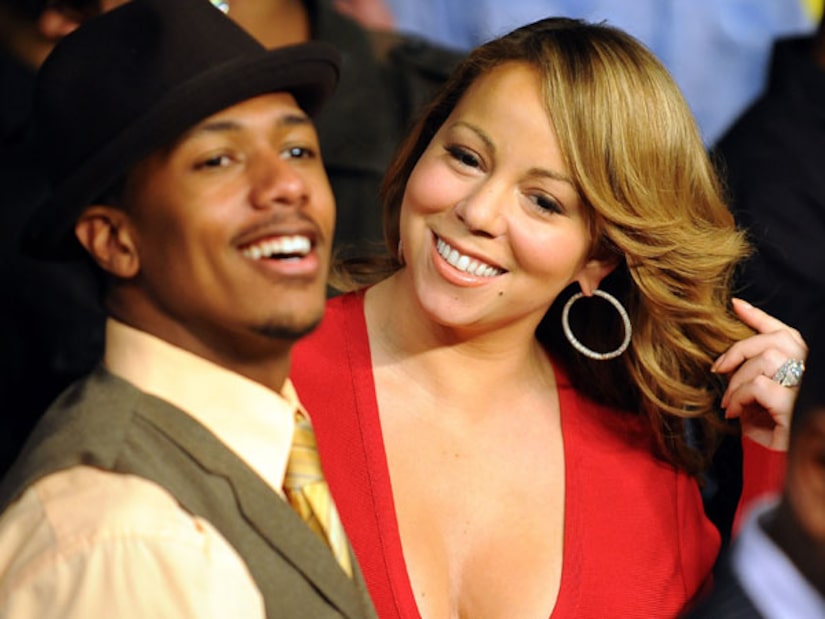 According to RadarOnline, Carey, 40, is in her first trimester and wants to wait until her second before she makes an official announcement.

Last week, pregnancy speculation increased after the Grammy winner dropped out of Tyler Perry's new film "For Colored Girls Who have Considered Suicide When the Rainbow is Enuf."

Mariah's longtime publicist has not denied the news, but said she isn't able to comment.

Cannon and Carey tied the knot in April 2008 after knowing each other for six weeks.