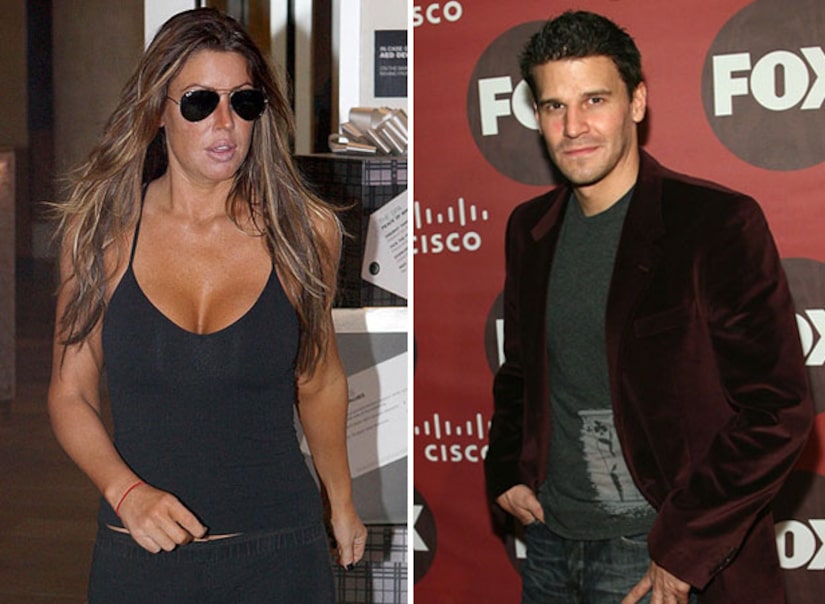 Several weeks ago, Boreanaz admitted to cheating on his wife, actress Jaime Bergman, and today text messages were released that are reportedly between Rachel and David.

In a statement released to "Extra," Uchitel says, "I did not intend to make any statements about David Boreanaz and our relationship. However, given the fact that texts were published this morning over my objection, that were not authentic, taken completely out of context or incomplete, I feel compelled to address the false picture that has been portrayed."

She goes on to say that the texts should never have been published and "I am in possession of many authentic text messages between David and myself which portray a completely different picture than the one based upon the texts that have been published today... First of all, I want to make it clear that he pursued me. Second, the authentic texts which I have reveal that David Boreanaz repeatedly expressed his deep love and affection towards me."

Rachel's attorney, Gloria Allred, came to her defense. "She understood that he was unhappy in his marriage and had been for some time and she had reason to believe that he intended to separate from his wife. He continually asked Ms. Uchitel to be patient and to wait for him."

Boreanaz and Bergman are reportedly trying to put their marriage back together.