How actress Sandra Bullock managed to keep the adoption of her baby quiet since January has reporters, public relations peeps and the paparazzi surprised and impressed by her stealth. 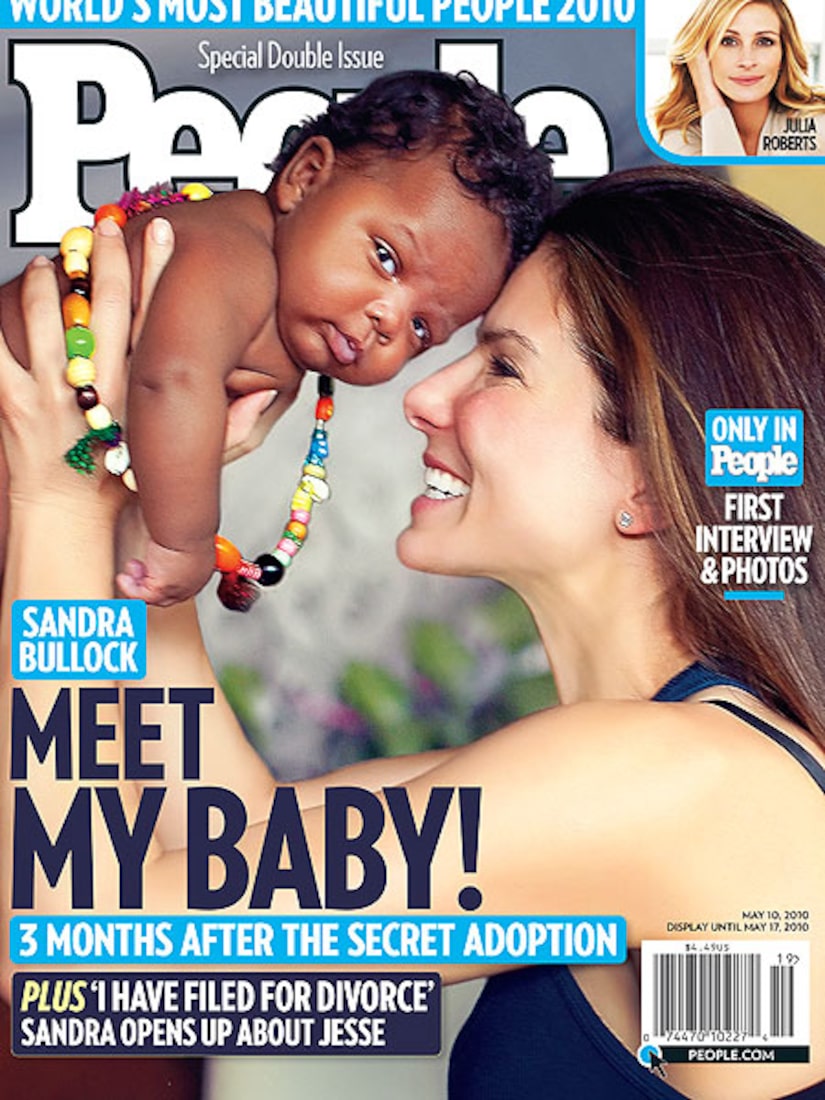 "I wish I knew how she did it, and then maybe I'd learn for next time!" X17 photo agency VP Brandy Navarre laughed to USA Today.com. "It's a mystery to us how she was able to avoid us and the rest of the media."

"It's a remarkable, impressive head-fake," says Hollywood PR consultant Michael Levine. "I'm astounded because celebs have zero privacy in the modern world. I don't know how she did it, but I tip my hat to her."

Even Bullock herself told People she was stunned by her covert tactics of "decoys and dark cars," and confiding in only the most trusted friends and family, all to keep baby Louis out of the spotlight.

See photos of celebs who have adopted children!

She and soon-to-be-ex husband Jesse James began the adoption process four years ago, but she didn't expect to get the 3-month-old just when she was winning awards for her turn in "The Blind Side."

"She did it with a lot of support... and that includes her stepchildren, even the littlest one," People's Executive Editor J.D. Heyman said.

Meanwhile, Bullock is going forward with the divorce from James, and movers were recently spotted hauling furniture into the actress' new home in New Orleans.

What happens to the adoption now that they're divorcing? L.A. adoption attorney David Radis tells "Extra," "He can step out while the divorce is going on if the adoption has not yet been finalized."

TV judge Jineane Pirro says by filing for divorce in Texas, it can move along more quickly, but Bullock has shown nothing but respect for her estranged hubby.

"She has said not one bad word about Jesse James and that's to her credit," Pirro says. "It is refreshing. She is a woman of class and dignity."