If you think you've seen it all from Lindsay Lohan, you haven't been receiving her tweets. 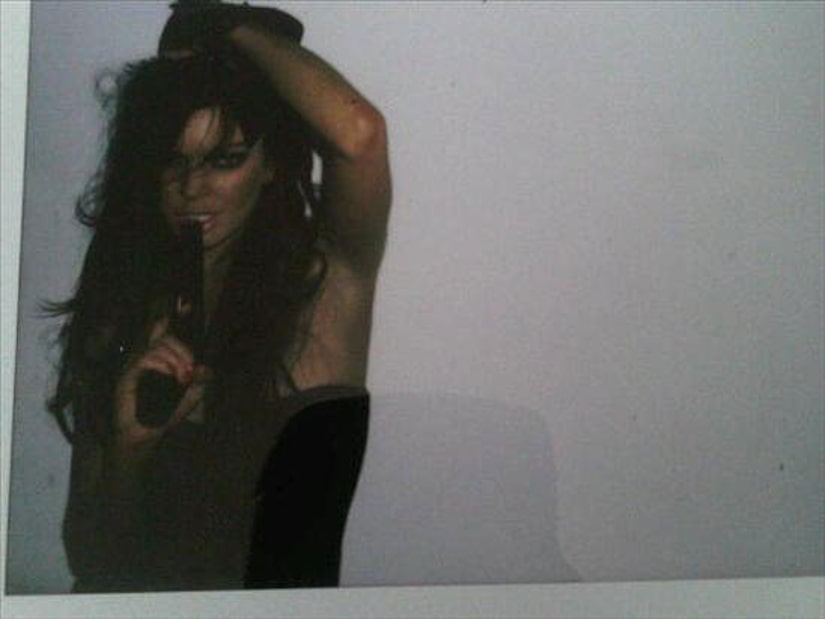 The hard-partying starlet posted a pic on her Twitter account Wednesday, in which she's holding a gun to her mouth. The caption below reads, "Polaroid from a shoot."

The photo comes at a time when Lindsay's father, Michael Lohan, is trying to get her into rehab. He says he's scared for her life and claims his daughter has a serious drug and alcohol problem. He is also fearful for his youngest daughter Ali, 16, who is currently living with Lindsay.

This isn't the first dangerous photo that LiLo has taken. In 2007, pics surfaced on the net showing her with pal Vanessa Minnillo playing with knives.