Things have taken yet another turn for the worse in the saga of Lindsay Lohan and her father, Michael. 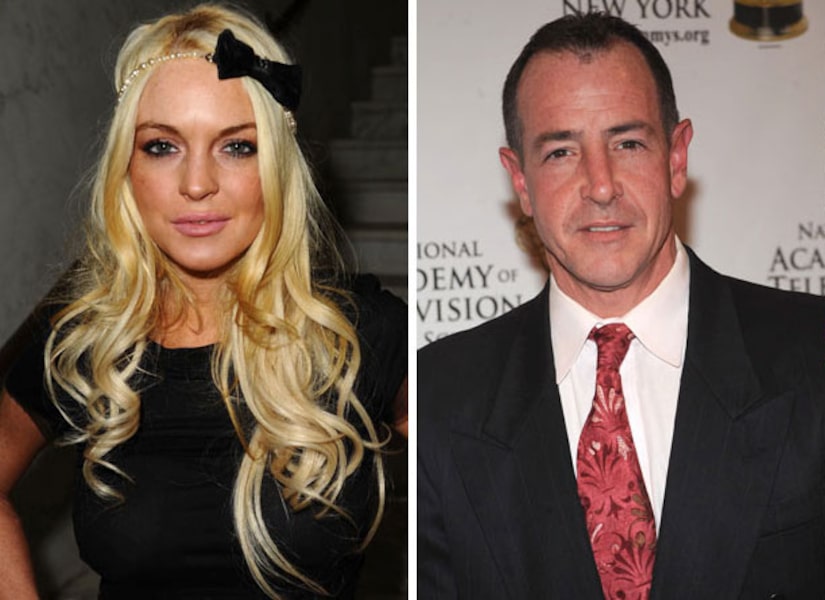 Papa Lohan paid a visit to his lawyer's office Monday morning to start paperwork seeking a conservatorship for the actress. He's been attempting to get his daughter into rehab for months with no luck.

In a statement released to "Extra," Michael's lawyer Lisa Bloom said, "In the coming days we will seek to meet with Lindsay and her attorney to come up with an appropriate treatment plan that will allow her to get her life back on course. If, however, that does not happen, Michael is prepared to pursue other legal action towards his one and only goal: to save and protect his daughter."

Last week, he gave Lindsay an ultimatum; either meet with him today or he was off to court. The young starlet wants nothing to do with her dad.

TMZ is reporting that the landlord of Lindsay's apartment building has set the ball rolling for a restraining order against Mr. Lohan. The landlord contacted Lindsay's lawyer, Shawn Chapman Holley, claiming that Michael is a "huge problem." He reportedly refused to leave the complex over the weekend, making a scene.

Holley tells the website, "In light of the landlord's concerns, I may go to court to keep Michael away."