The saying "You're never too old" certainly applies to screen legend Elizabeth Taylor. Rumor has it that the 78-year-old Dame is engaged to companion Jason Winters, 49, UsMagazine.com reports. If true, this would mark her ninth trip down the aisle. 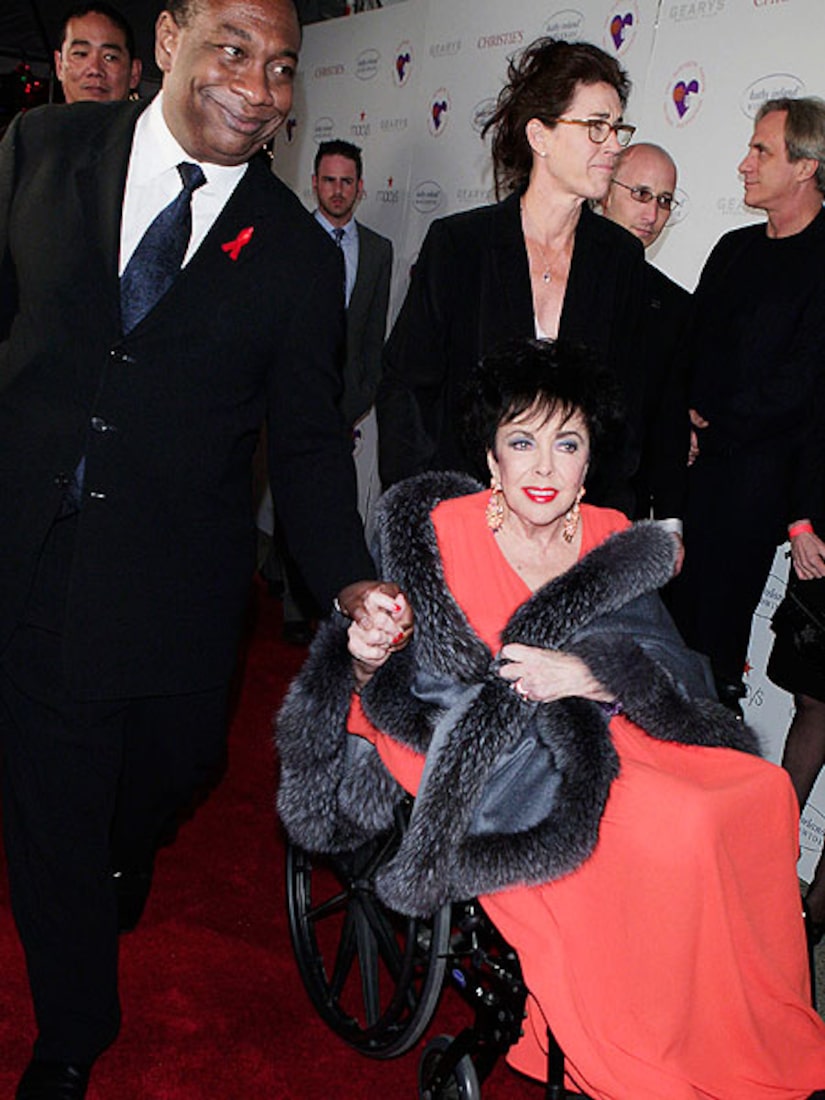 The two, who have been together for several years, have yet to confirm, but one insider tells Us magazine, "It's no secret that they've been together forever and are in love, so it wouldn't be a surprise if they were engaged. Right now they are keeping it between them."

The wheelchair-bound humanitarian once told gossip columnist Liz Smith that Winter was "one of the most wonderful men I've ever known, that's why I love him."

Taylor has been married eight times -- twice to Richard Burton. Her last union, to construction worker and co-rehabber Larry Fortensky, ended in 1996 after five years.