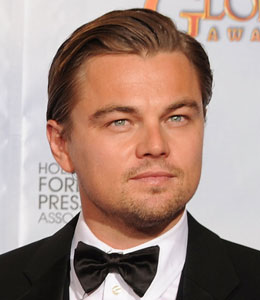 Actor and environmentalist Leonardo DiCaprio chose to support the Clinton Bush Haiti Fund (CBHF) with a donation of $1 million.

Former Presidents Bill Clinton and George W. Bush established the CBHF to raise funds for Haiti following the earthquake. DiCaprio's donation was disbursed through the Leonardo DiCaprio Fund and will help with immediate relief efforts, long-term redevelopment and infrastructure projects.

"I salute Leonardo DiCaprio for his extraordinary generosity," Bush said. "This donation sends a clear message to the people of Haiti that America's commitment to helping rebuild their country is strong."

The "Revolutionary Road" star has also joined the list of stars that will make an appearance during "Hope for Haiti Now: A Global Benefit for Earthquake Relief" this Friday.

Check out more stars who give back!

Why Did Halle Berry File for Divorce from Olivier Martinez? 5