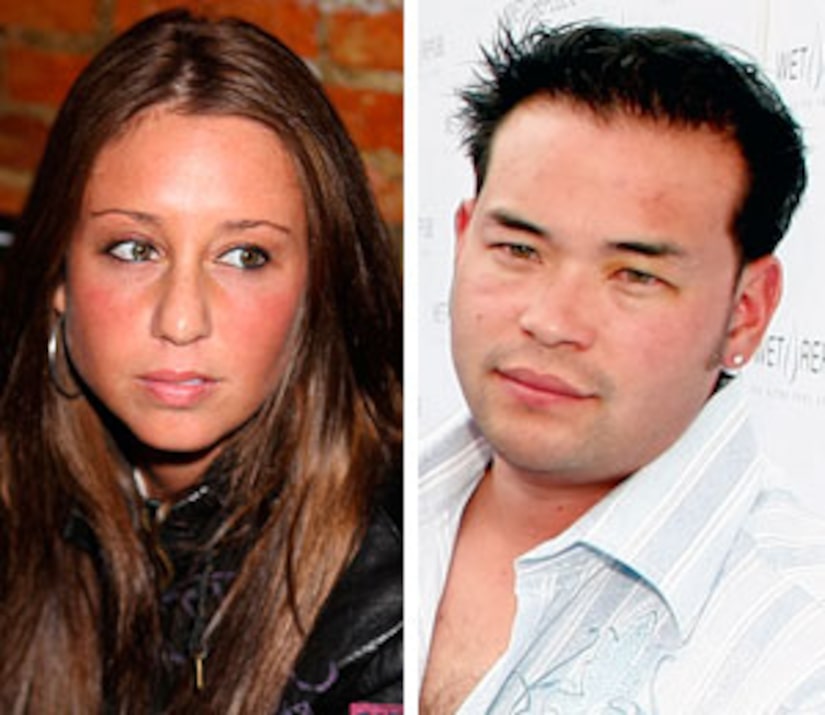 Things between exes Jon Gosselin and Hailey Glassman have taken a turn for the worse.

Gosselin, 32, and Glassman, 22, are currently involved in a dispute regarding items removed from the New York City apartment they shared -- and today, the former couple is hurling more accusations at each other.

See the couple vacation in France during happier times

According to the New York Post, Hailey has filed a harassment complaint with the NYPD, alleging that "she was pushed against a wall" on December 20. The document also alleges that Gosselin verbally abused her. The recently divorced "Jon and Kate Plus Eight" star is currently being investigated for the allegations. "The document speaks for itself," Glassman's laywer Stephanie Ovadia tells the Post.

Jon vehemently denies the allegations through his legal counsel, Mark Heller. "Jon is a lover, not a fighter," Heller tells the Post. "He's been rumored to steal a kiss here and there, but he has never been accused of landing a sucker punch."

See Jon and Kate and other reality TV couples

The newspaper claims that the alleged incident occurred after Jon discovered a photo of Hailey kissing another man. "That picture started the whole thing, a picture of her kissing another man," a source says. Earlier, "[Hailey] found out he was cheating on her. She told him it was over."