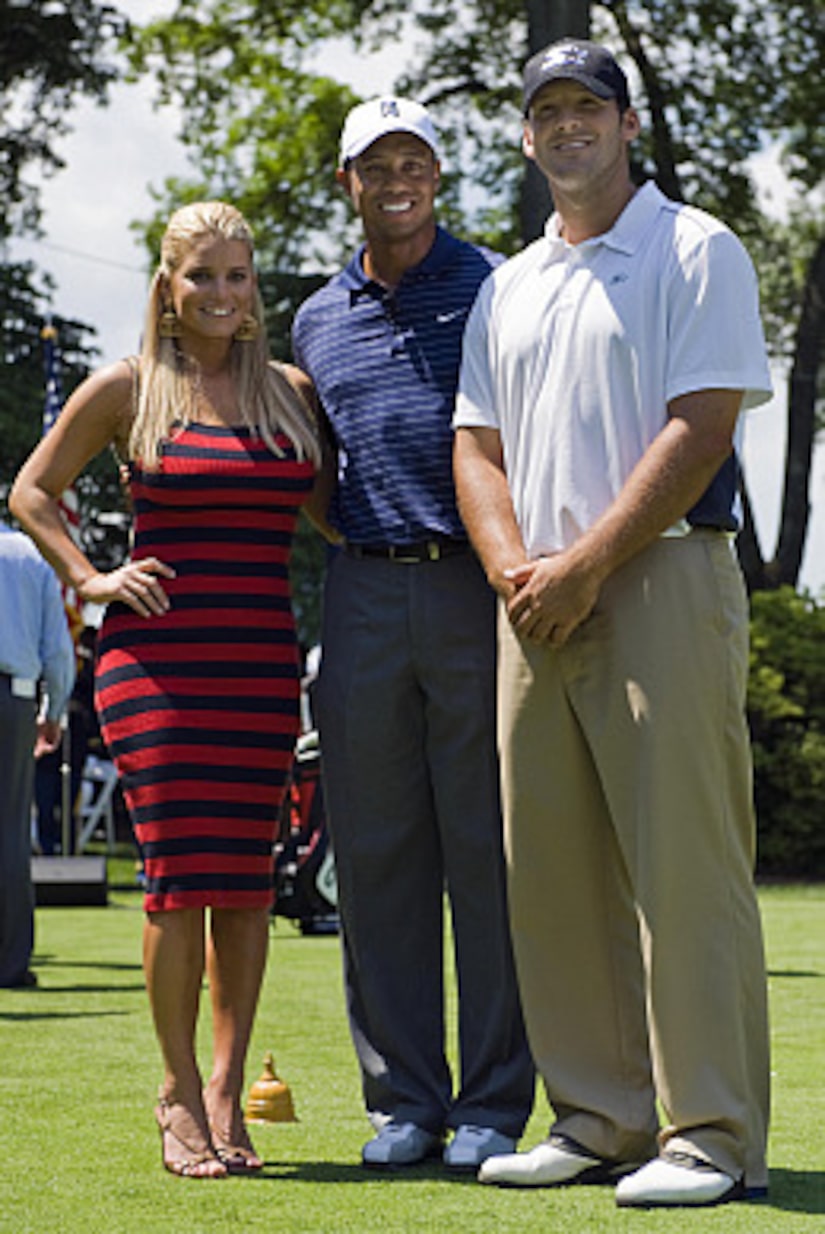 Jessica Simpson is setting the record straight about a magazine cover story that claims she flirted with Tiger Woods.

"Can't believe that I'm on the cover of Star magazine with Tiger Woods. What a JOKE!" the reality star, 29, wrote on Twitter Wednesday.

Referring to the mag's headline, she added, "'The Shocking Inside Story' is (insert drumroll) A LIE!'"

See how Jessica Simpson's body has changed through the years

"Jessica said that she felt like Tony wasn't paying attention to her, so she was like, 'What the heck!'" the magazine quoted an insider as saying. "She decided to have fun with Tiger whether it bothered Tony or not."

A source told "Extra" Wednesday, "Everything in that story is false, except for the fact that they have met."