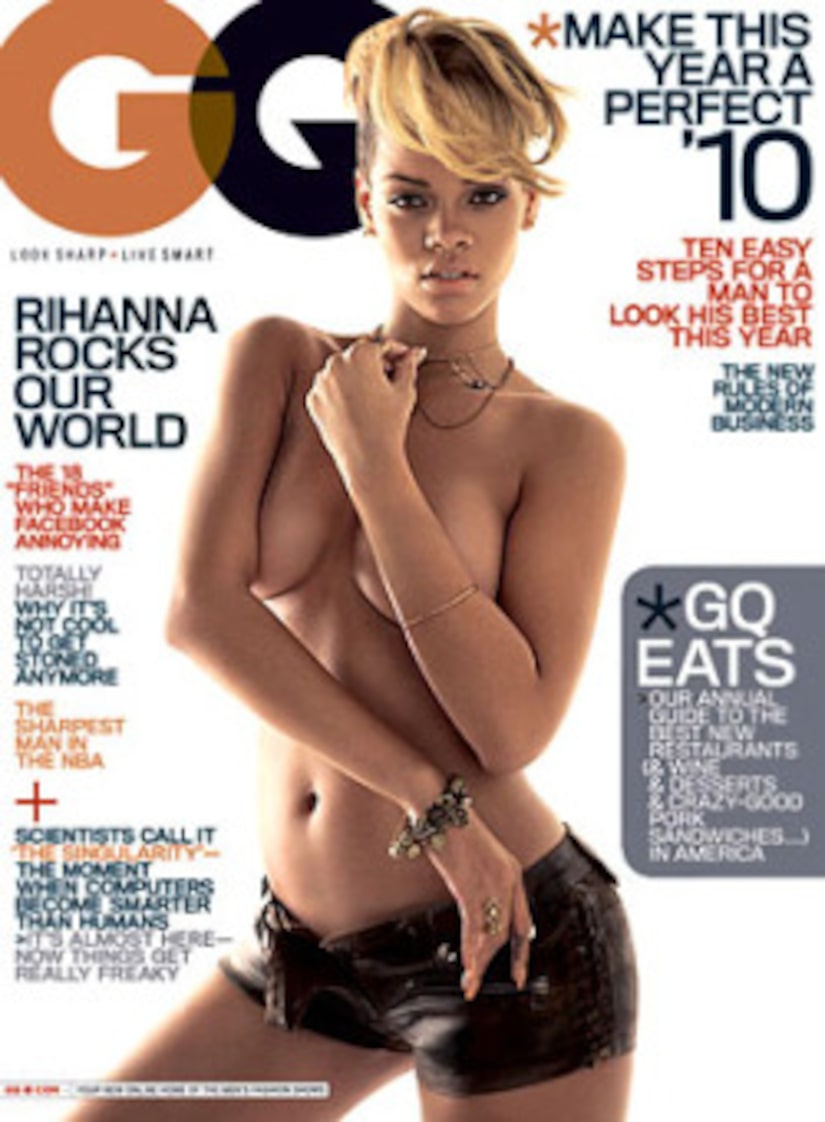 Rihanna says speaking out about her February fight with Chris Brown has helped her move on.

"It's relieving," she tells the January issue of GQ. "Because it was built up for so long, and all these thoughts and emotions have been running through my mind for the past eight months. And now it's like I finally get to let go and move on."

The singer, 21, says she doesn't like "talking about" the night very often, but "every time I do, it's better; it's easier each time."

Rihanna (who just released her latest album, "Rated R") decided to open up about the abuse because, "I wanted to move on. And I knew that was the only way I could have done it. And I wanted people to move on with me. 'Cause the last big thing they know about me is That Night. And I don't want that to be what people define me as."

She says she turned to mentor Jay-Z for "advice and guidance," but "nobody" helped her get over the abuse.

"I didn't really want to be around anybody, for them to stare at me and stuff, and feel sorry for me. So I just -- I stayed in the house a lot. Then I started to get cabin fever. I was like, I'm going crazy in here," says Rihanna.

Still, she says "it took a lot of strength to pull out of that relationship. To finally just officially cut it off. It was like night and day. It was two different worlds. It was the world I lived for two years, and then having the strength to say, 'I'm gonna step into my own world. Start over.'"

She doesn't know if she'll be friends with Brown again.

"Maybe in like ten years, you know? But it's not something that I'm depending on. I'm not depending on his friendship," she says.