Forget those split reports -- for now.

Jessica Biel and Justin Timberlake showed major PDA at a Summit on the Summit charity event at Voyeur in West Hollywood Wednesday night. 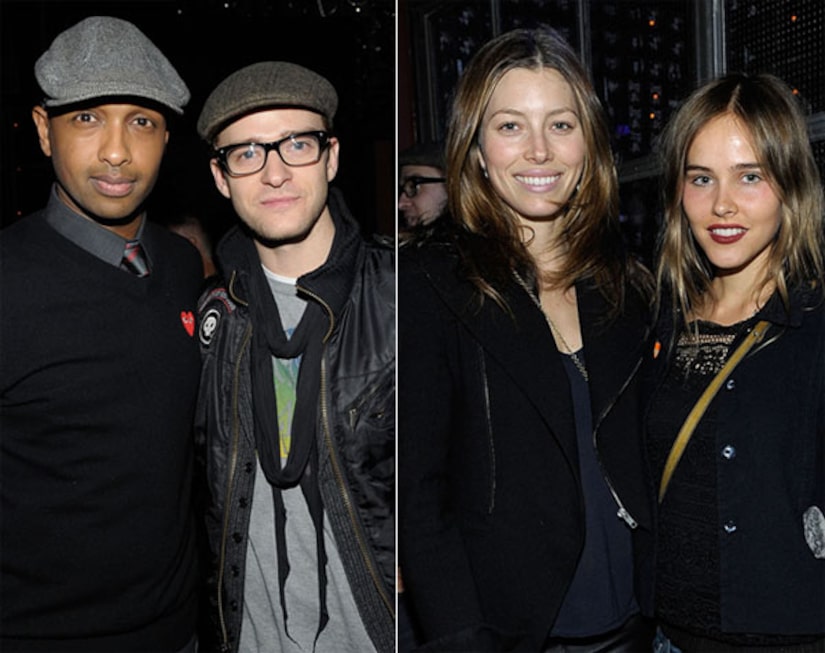 See which stars are single this season

"They came hand in hand," a witness tells "Extra." "They were very affectionate to each other during the night, holding each other, kissing."

Added the insider, "She just flew in from her movie set. He hadn't seen her in days."

See more photos of Justin from over the years

Biel -- who next stars in romantic comedy "Valentine's Day" (out February 2010) -- is climbing Tanzania's Mt. Kilimanjaro in January with Summit on the Summit to raise awareness of the global clean water crisis.

In September, reports surfaced that the couple called it quits after three years of dating. Sources close to the couple said they were "going through a rough patch."