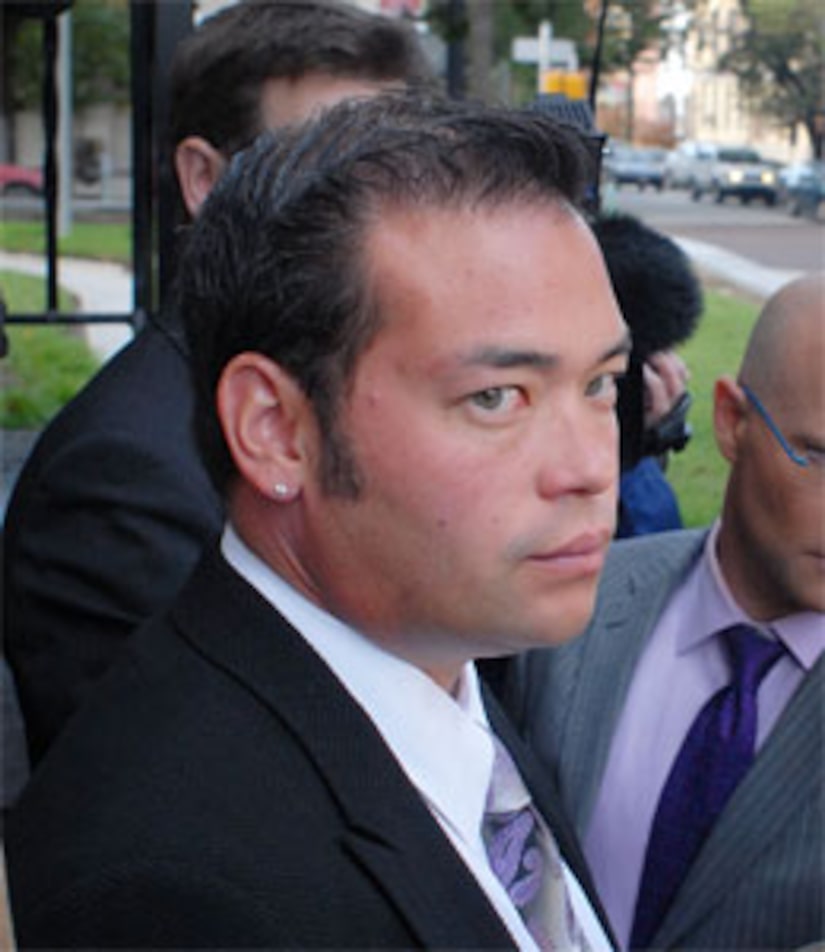 TLC has won its battle against Jon Gosselin.

The network sued Gosselin, 32, for breach of contract after the former "Jon and Kate Plus 8" star made various unauthorized appearances -- including hosting a pool party over the summer at the MGM Grand Hotel in Las Vegas -- that were in violation of the contract he signed with the network.

Check out photos of Jon and Kate's last trip to court

According to the AP, TLC Chief Operating Officer Edward Sabin claimed that the photos taken at the pool party, which show Jon poolside with a gaggle of bikini-clad ladies, contradicted the reality show's "wholesome nature."

Judge Michael D. Mason granted a preliminary injunction to halt Gosselin from making any more appearances that would conflict with his contract.

See some of Jon and Kate's nastiest battles

TLC released the following statement about the judge's ruling:

"We are pleased with the Court's ruling today. The Court has validated our view that Mr. Gosselin has a valid, binding contract and that he has breached it repeatedly. Step one -- getting the court to order Mr. Gosselin to comply with his contractual obligations -- has been accomplished. Any further breaches going forward will be violations of a court order. We look forward to the next phase of the litigation, which is to pursue our claim for damages resulting from Mr. Gosselin's numerous breaches."

Gosselin did not appear in court. A trial for the case against Gosselin is set for April 19.