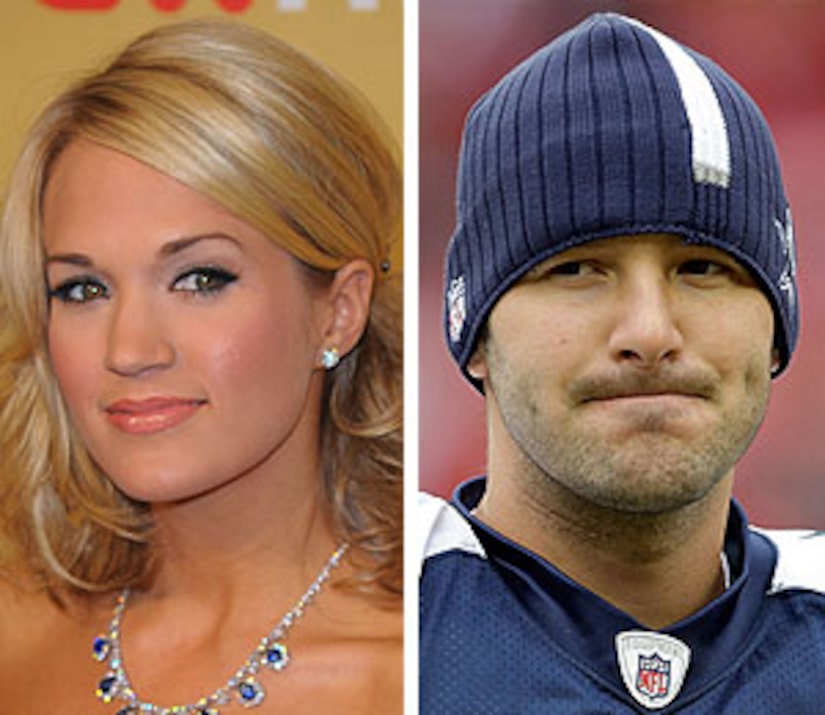 Carrie Underwood has some harsh words for her ex-boyfriend Tony Romo.

Underwood, 26, tells Esquire magazine that her song "Cowboy Casanova" is not about Romo, 29, who she dated in 2007 -- saying he isn't worth penning a tune about.

Check out other famous women who are dating athletes

The former "American Idol" is currently dating hockey star Mike Fisher, who she gave a shout-out to in the liner notes of her new album, Play On.

See photos of Carrie through the years

"Thank you #12," she writes in the notes, referring to the Ottawa Senator player's jersey number. "You are the most amazing addition to my life! You are such a wonderful person and have had such an amazing hand in the building of this album and in the growth of me as a person. I love you so much! You make my life better in every way! I thank God for you every day... xoxo, Carrie."

Romo broke things off with Jessica Simpson in July.