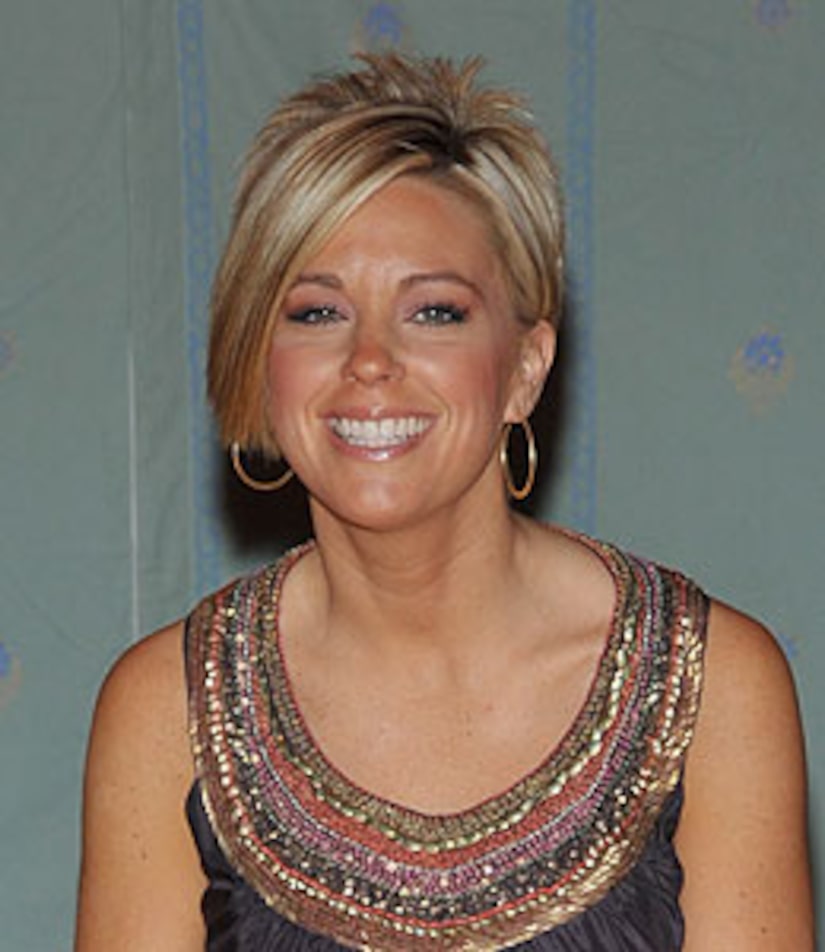 Kate Gosselin is hoping to make the return to reality TV... without estranged husband Jon.

Kate, 34, was spotted serving food at Finch's Restaurant in Raleigh, N.C. Tuesday morning as cameras rolled. Her bodyguard Steve Neild (with whom she has denied having an affair) told a reporter from local TV station WRAL that the reality star was shooting a "test" segment for a future program.

Check out how the Gosselins' relationship has changed over the years

In October, Jon halted production on "Jon & Kate Plus 8" by refusing to allow cameras to tape his children. He and the network are currently suing each other for breach of contract.