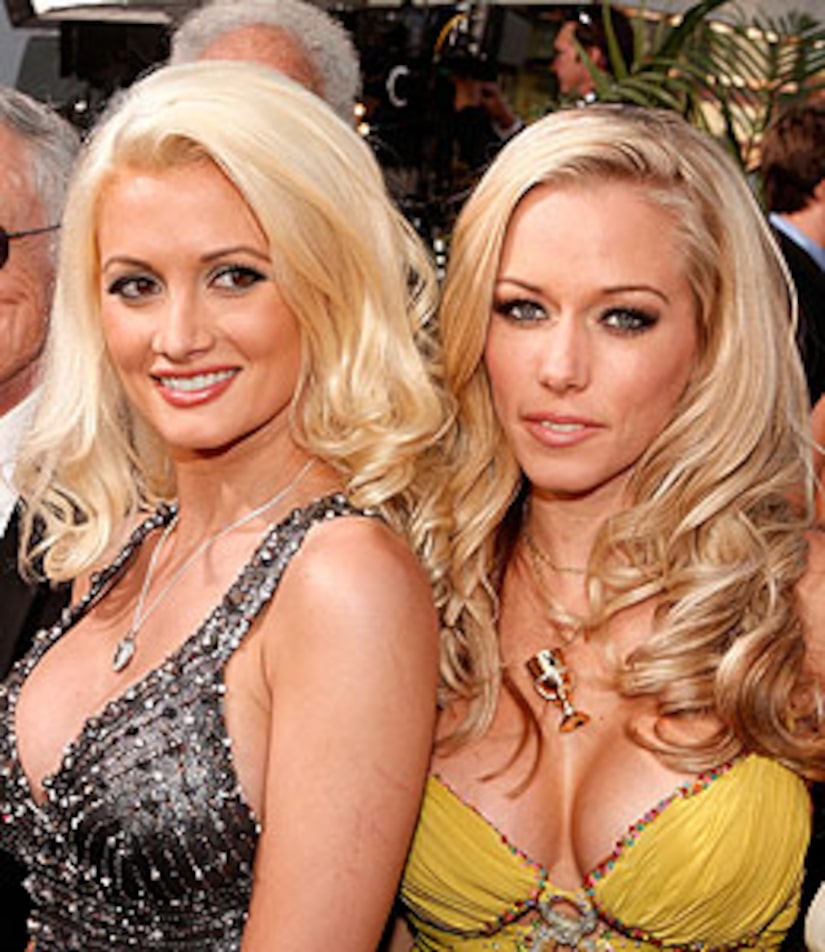 "I'm super-excited for her," Madison, 29, tells Us Weekly of her former "Girls Next Door" co-star. "She's less than a month away. It could happen anytime."

Holly admits that its been hard to get together with Wilkinson, 24, since the former Playboy pin-up and her husband, NFL star Hank Baskett, found out they were expecting.

"It just sucks that she's all the way in Indiana because I want to be there, but I'll see the baby soon enough," Holly says.

Still, the distance between Holly and Kendra hasn't stopped the girls from keeping in touch about the impending arrival of baby Hank Baskett IV.

"Hopefully next month, I'll get to see the baby," Madison says. "We text all the time and she's really excited. She's happy as can be."