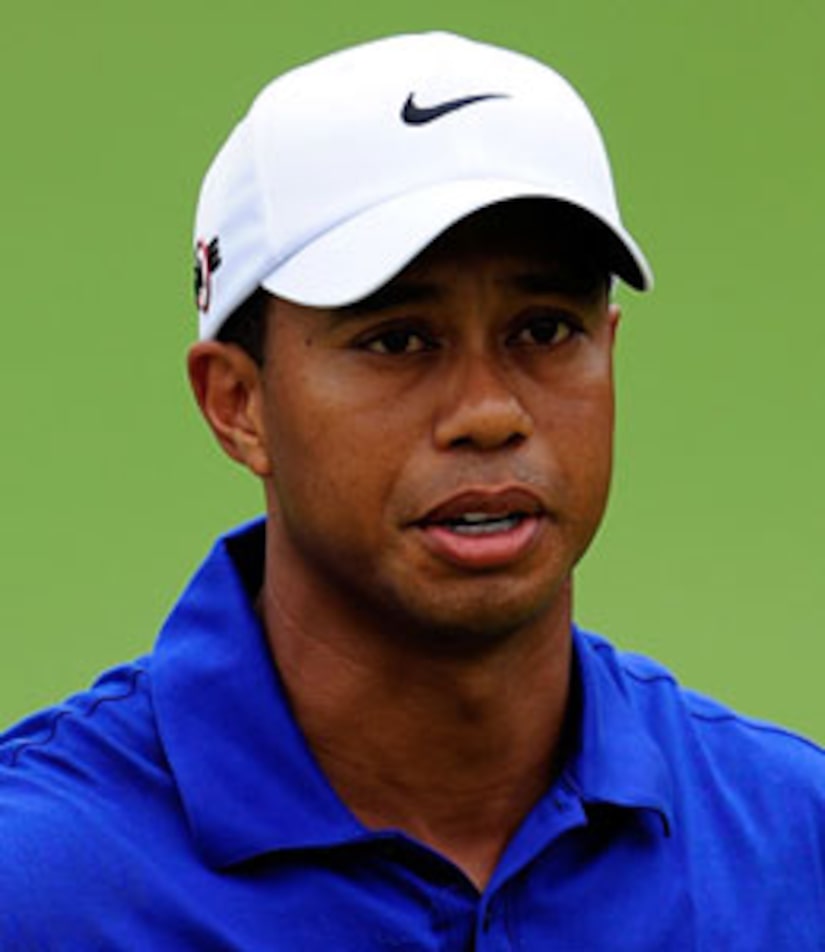 Moquin, a manager at Las Vegas club The Bank, reportedly met the golfer in 2006. TMZ.com reported that Moquin claimed she didn't know Woods was a celebrity at first, but they eventually began "hooking up."

But Moquin tells Usmagazine.com that her only encounters with Woods have been professional.

"Sometimes I'll deal with celebrities on my job on a day-to-day basis just to touch base with people," she tells Us. "But it's completely untrue that there's anything more than a professional 'How are you doing? Are you enjoying your time in Vegas?' conversation [with Tiger]."

However, sources tell the magazine that Moquin is not being truthful.

"She was absolutely sleeping with him. She brags about it!" says an insider, adding that Woods and Moquin stayed overnight together on Oct. 22 in his MGM Grand suite -- the same location where he first hooked up another alleged mistress, Jaimee Grubbs.

The source tells Us that Woods even, "stayed an extra night in Vegas to spend time with [Moquin]."

To see more footage of Moquin and Grubbs, tune into "Extra" tonight!