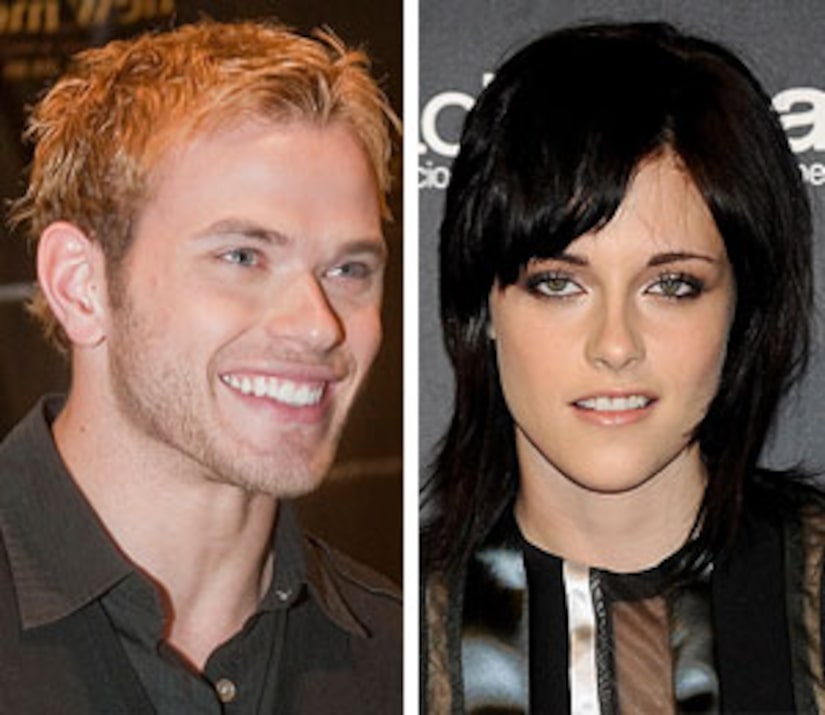 But their romance wouldn't leave the set.

One woman he claims he hasn't cozied up to: "90210" co-star AnnaLynne McCord, 22 -- despite romantic photos snapped by paparazzi.

Check out photos from the set of "New Moon"

Lutz is also staying mum on his current love life.

"I don't really think about who I want to date," he explains. "I kind of fall into situations, and then I'm like 'Oh, I'm dating you now.'"