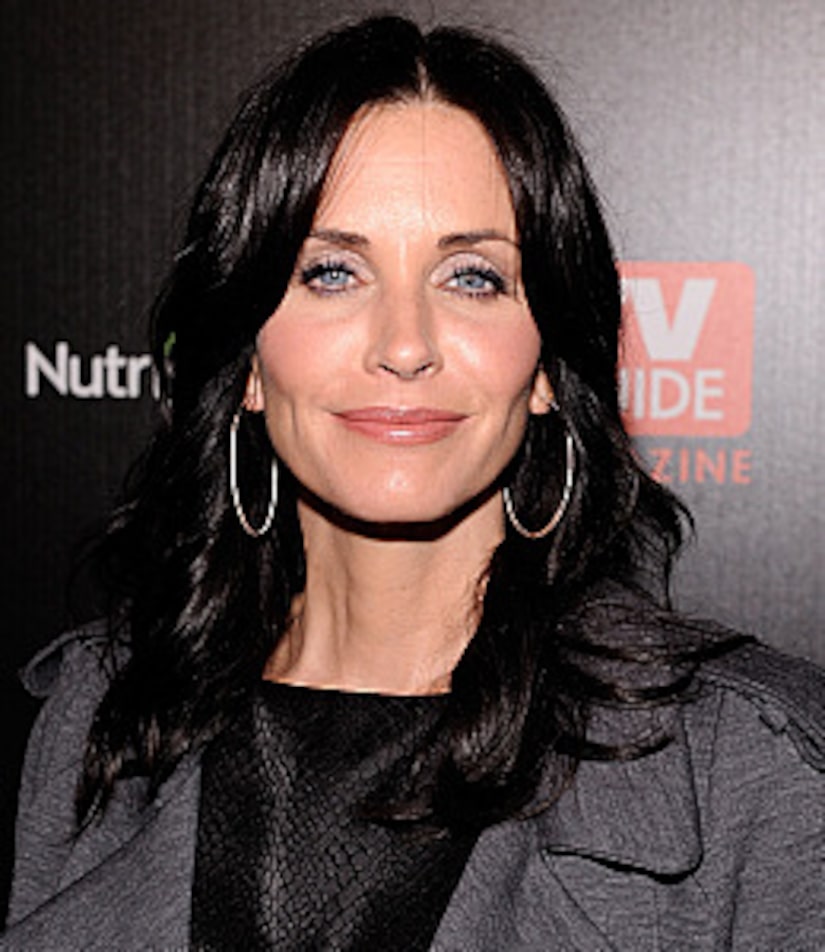 Courteney Cox will reprise her role in "Scream 4," she confirmed to the Associated Press Monday.

Also joining the "Cougar Town" star, 45, on-set: husband David Arquette, whom she met while filming the first "Scream" film in 1996, and Neve Campbell, whose character, Sidney Prescott, was terrorized.

The list of original cast members pretty much stops there, Cox admits.

"There are really only a few of us that survived," says Cox.

Cox says the flick -- currently being penned by Kevin Williamson (who wrote the first two films) -- won't stray too far from the saga's original premises. She also denied her character, reporter Gale Weathers, and Arquette's character, sheriff Dwight "Dewey" Riley, would be killed off in the opening scene.

"They're probably back living in Woodsboro," Cox says, referring to the small California town in which the first film was set.

She continues, "I think that he's probably still deputy, and I've had a lot of kids. I don't know. I'm probably miserable, and then I'm sure a lot of murdering will happen."