Former "Bachelorette" DeAnna Pappas has a new beau -- and he's no stranger to reality TV! 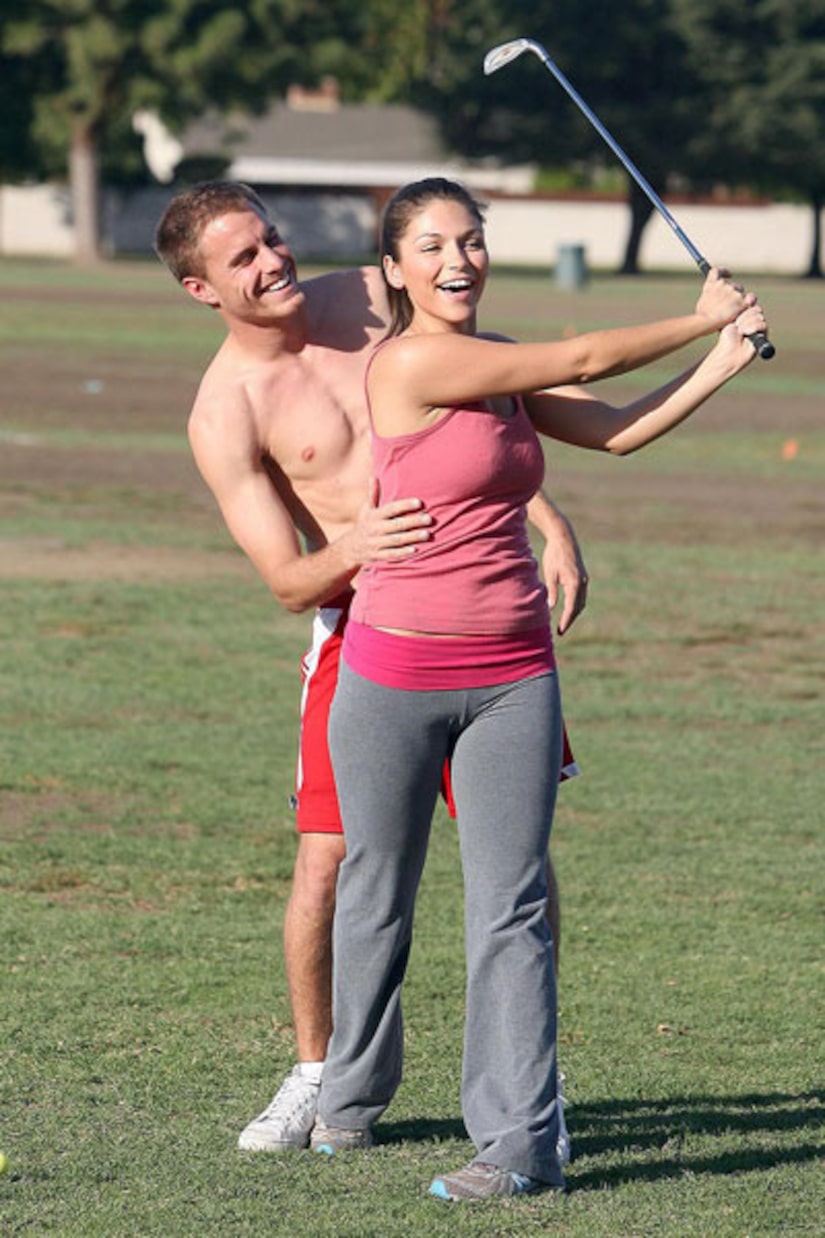 Pappas and new boyfriend Steve Stagliano were spotted Wednesday in an L.A. park practicing their golf swings -- and laughing and kissing.

In February, Pappas told "Extra," "I want somebody who's funny. I like to laugh. I like to smile."

Stagliano's identical twin brother Michael was the upbeat breakdancer on season five of "The Bachelorette" with Jillian Harris -- he made it to the final six suitors but was eliminated in episode seven.

Stagliano actually met Harris on "The Bachelorette" episode where she traveled home with the contestants to meet their families.

Pappas and "The Bachelorette" winner and professional snowboarder Jesse Csincsak broke off their engagement last November.