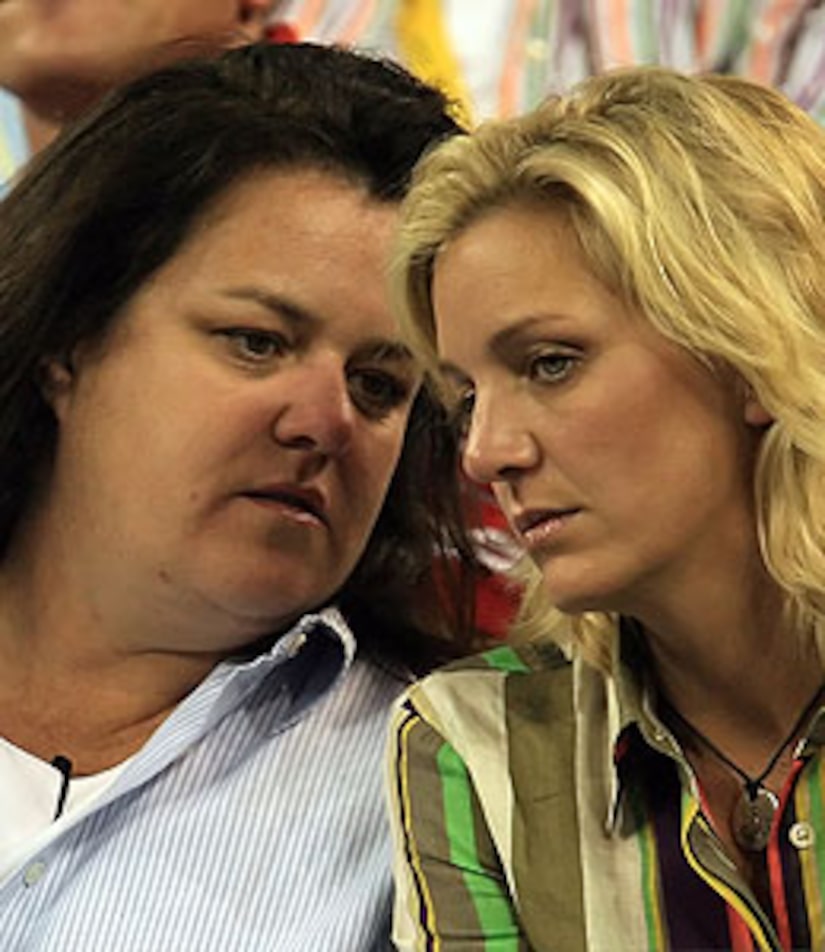 The former "View" hostess confirmed to USA Today that the two are having a rough go. "We're a family. We will remain a family forever. And we are working on our issues."

O'Donnell wouldn't comment on reports that Carpenter has moved out of their New York home, but reiterated that she and her girlfriend are trying to work it out -- and their children are priority number one.

"They're adorable and wonderful and they are by far a priority," a teary-eyed Rosie said of her brood. "Kelli and I love each other very much and we are working on our issues. Those are the only words I am ever going to say. Ever. And that is something that has been agreed upon by all parties, but everything's fine and everybody's good and we're still both raising them together. We will both continue to parent them and we're friendly and everything's all right."