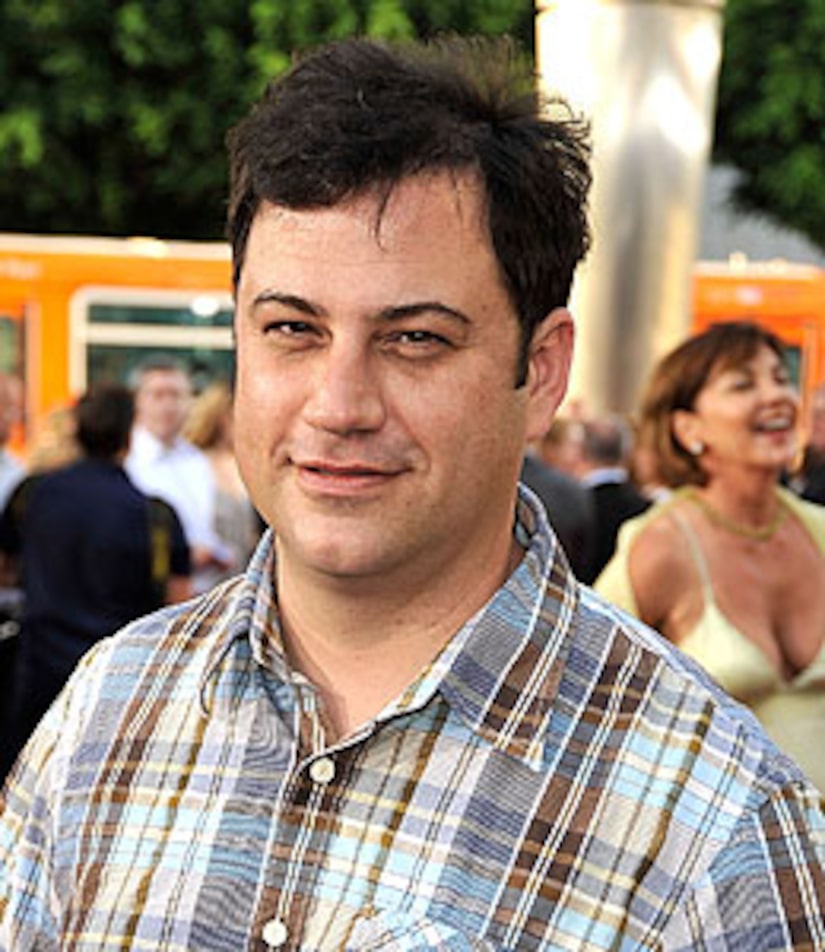 A rep for the "Jimmy Kimmel Live" host has confirmed that the comedian is dating Molly McNearney, a 31-year-old co-writer of his show. "After Jimmy and Sarah broke up, Molly and Jimmy both found themselves single, and they clicked," a source reveals to People magazine. "They're really happy together."

The relationship may sound similar to David Letterman's sexual exploits with his staffers, but the source insists that at work, Jimmy and Molly are completely platonic. "During work hours, they keep things professional."

Molly began working on the show's staff in July 2003. Kimmel's rep confirms that Jimmy and his new gal have been dating for several months.

Kimmel called it quits with Silverman, his on-and-off girlfriend of five years, in March 2009.