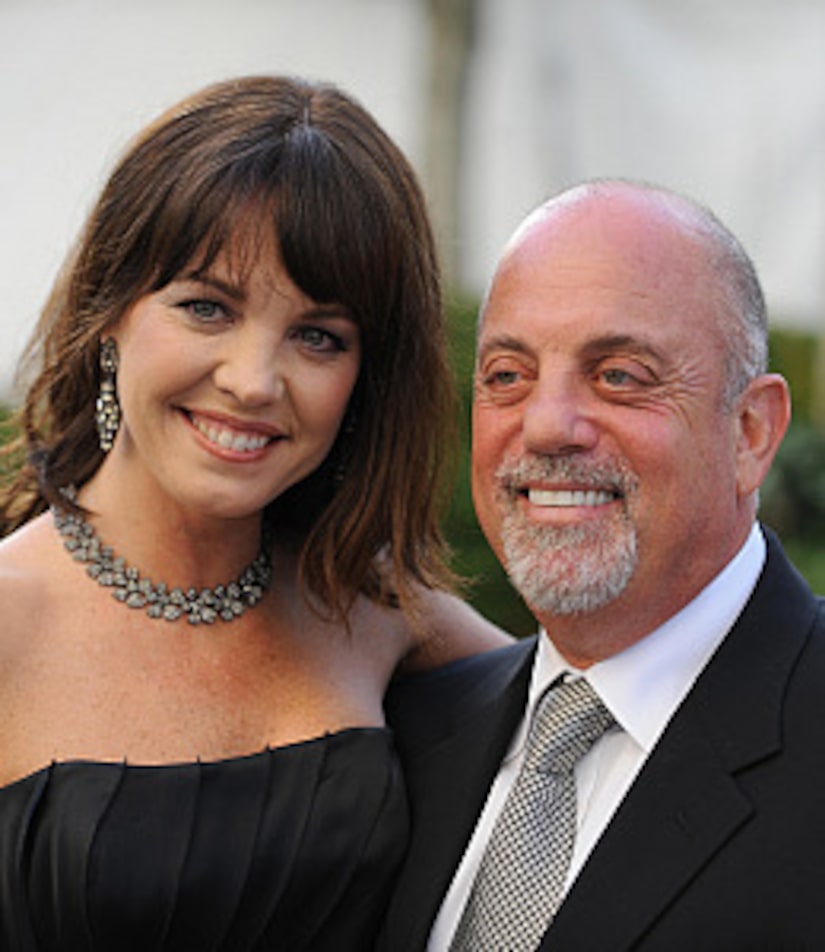 "Piano Man" Billy Joel isn't wallowing over his spilt with estranged wife Katie Lee -- the singer stepped out on Monday with a new gal in NYC!

"This is Deborah Dampiere," Joel said as he introduced his date to "Extra." The couple attended opening night of the Metropolitan Opera, dressed to the nines.

"She does some acting and all that stuff -- not singing though," Billy says of Dampiere. Deborah chimed in, "A little singing," and said to Joel, "not like you!"

When asked to show off his singing chops, Joel joked, "Do I wanna sing a few bars? You'd have to go to a few bars with me."

Joel and Lee announced their split in June 2009.