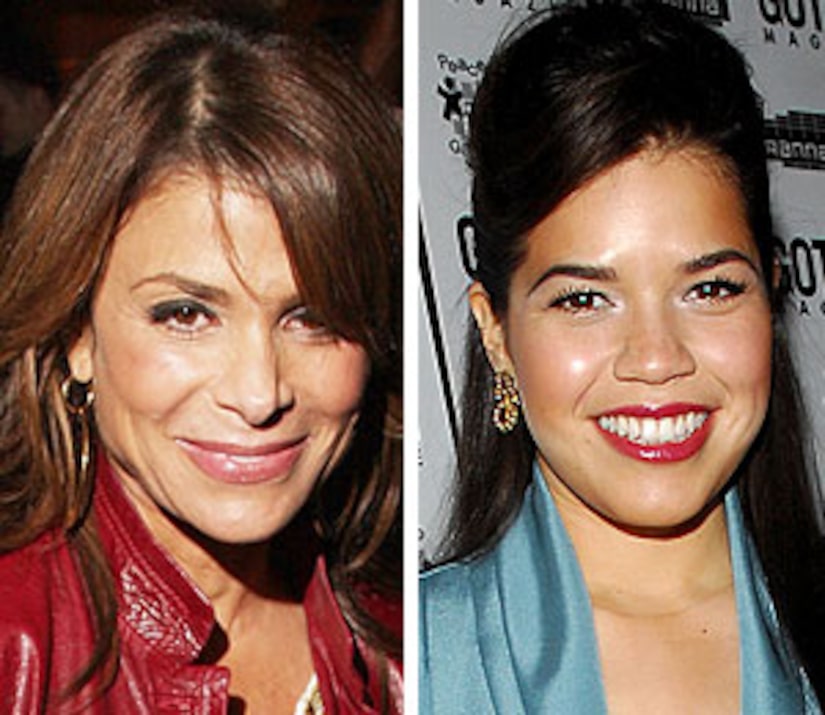 After announcing her departure from "American Idol," Paula Abdul has received a flood of offers -- and rumor has it she may guest star on "Ugly Betty."

According to Entertainment Weekly's Michael Ausiello, Paula is in talks to guest star on the comedy series as an office temp who bonds with Amanda, played by Becki Newton.

If confirmed, the spot on "Betty" will be the first gig Paula landed since leaving "Idol."