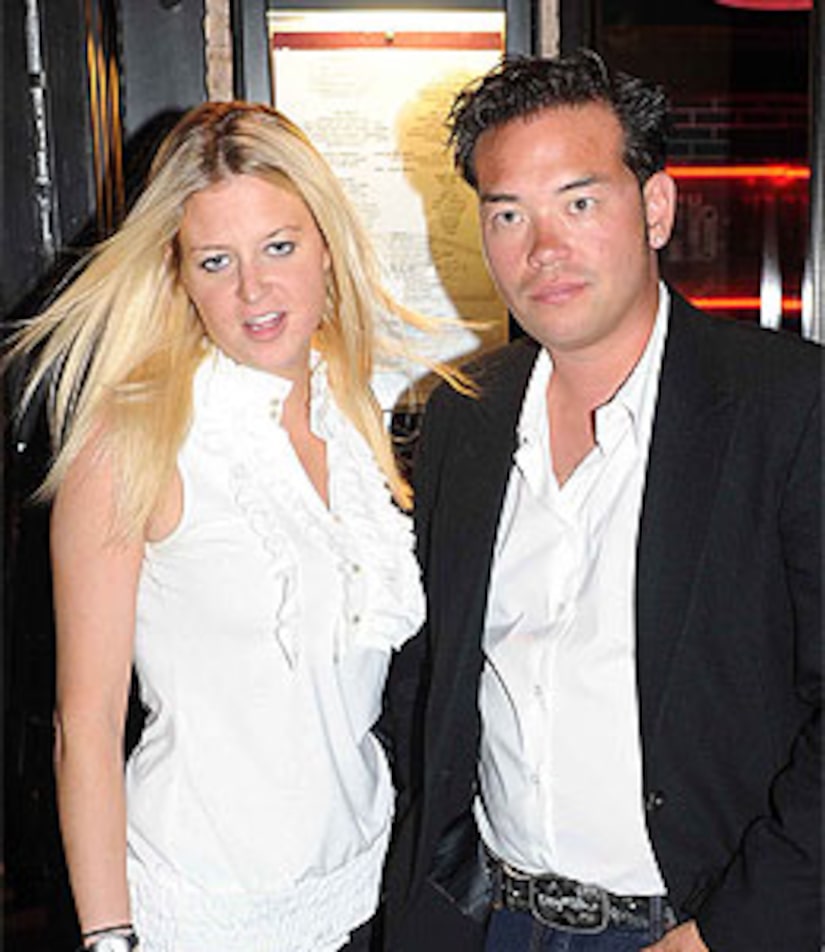 Former reporter Kate Major claims to have given up her career to be with reality dad Jon Gosselin, who denies he was ever romantically involved with her. Now the former Star magazine employee is breaking her silence on what really went down.

Major and Gosselin were first snapped having dinner in NYC before holing up in the Hamptons together with mutual pal Michael Lohan. Kate tells E! News that the two were not only romantic, but had big plans to continue their relationship. "We had plans to travel together, to live together and to be together," Major claims to E! "He made his decision in the Hamptons. He wanted to be with me."

Gosselin has denied any romance with Major, telling the media that their relationship is strictly platonic.

According to Kate, Jon promised the Star reporter that he would end things with Hailey Glassman, 22, in order to be with her. "He told me he was going to Massachusetts to break up with her," Major revealed. "I know the truth. He knows the truth. Unfortunately, she did not."

Major explained that she resigned from her job as a reporter to avoid a "conflict of interest" due to her relationship with Gosselin -- a relationship he denied once the pair left the Hamptons.

Both Jon and Hailey insist that they're going strong, but Major insisted that it was she and Jon who were romantic. "He tried to two-time both of us. He wasn't honest with Hailey. He needs to man-up and tell the truth. I'm not going to be the other woman." She adds of Jon returning to Hailey, "In no way did he tell me he was going to go parade with his ex-girlfriend."

Major insists she has proof that her relationship with Gosselin was intimate. "I was not the only one who was around when we were romantically involved. We were holed up together. It's not like we were just sitting there doing an interview."

Kate even claims that Jon is the person who told her to quit her job. "I was with the person I was reporting on... It was a huge conflict of interest," says Major. "He's the one who actually told me to quit my job."