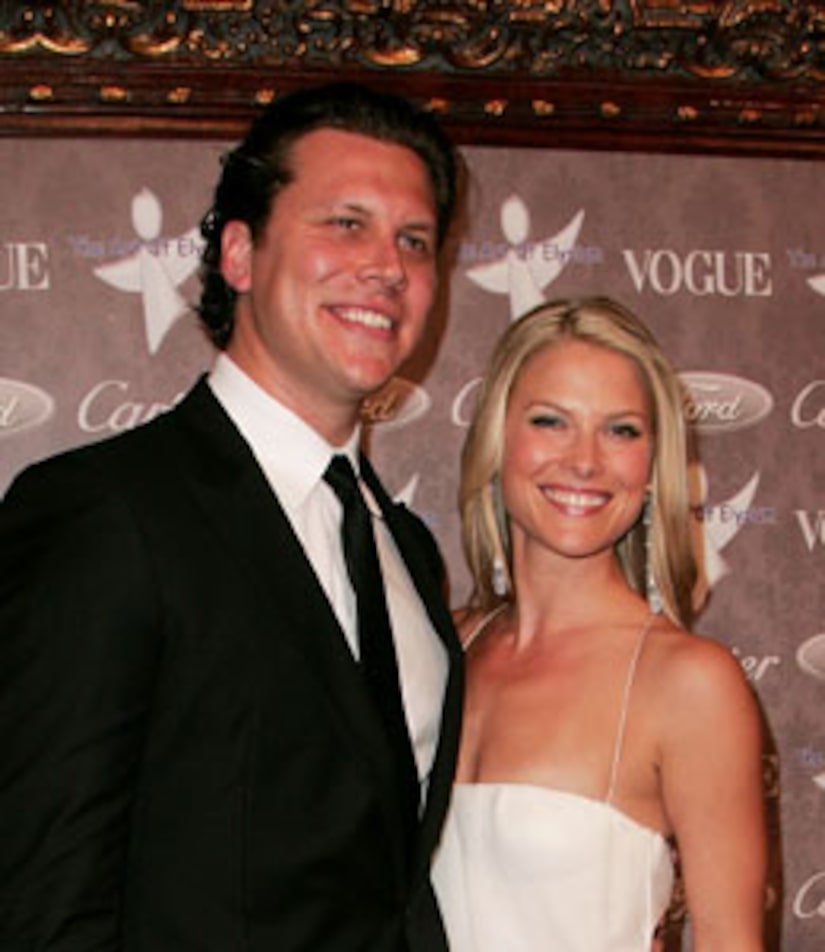 According to Us Weekly, the ceremony took place at the groom's parents' estate in Kennebunkport, Maine. The guests arrived to the nuptials on trolleys, and Irish music played before the wedding to celebrate Hayes' heritage. Actress Amy Smart was among the small group of guests that attended.

Larter and MacArthur announced their engagement in December 2007, after the couple had been dating five years. This is the first marriage for both.