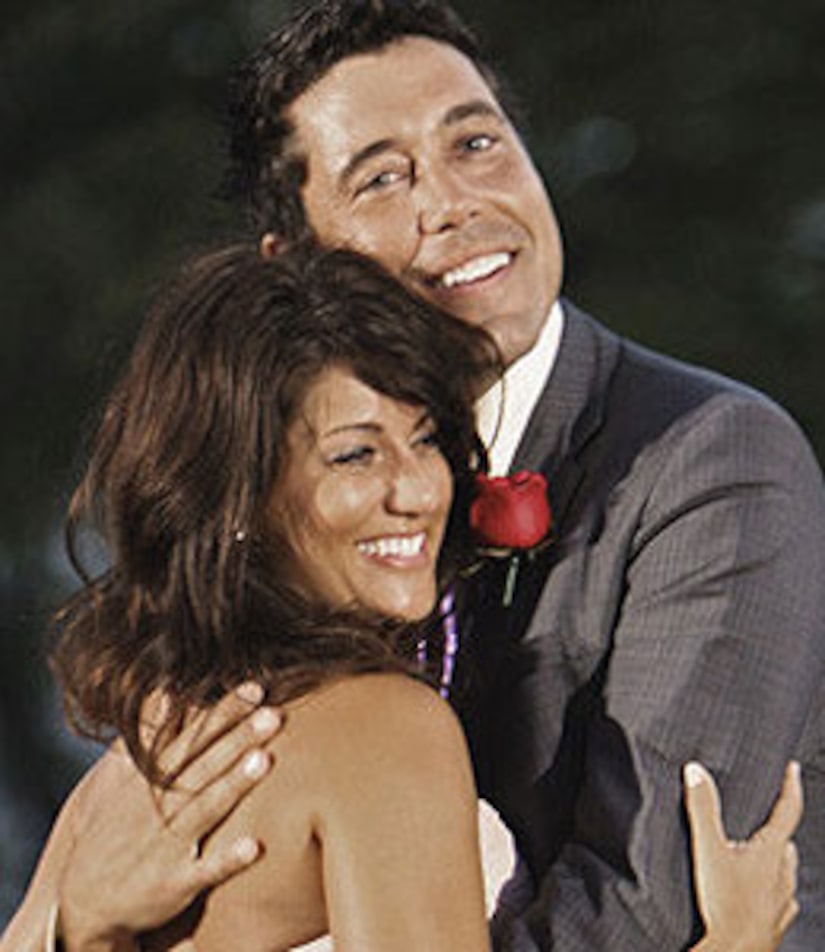 "The Bachelorette" Jillian Harris found love with Ed -- but admits to "Extra" that there is one thing that she regrets about the process of finding love.

Harris tells "Extra" that the one thing she did wrong was keeping bad boy Wes around so long. "The longer I kept him, it made him look worse and it made me look worse," Jillian explained.

Wes filmed a video message to the happy couple via "Extra" -- where he insists that the man he appeared to be on television isn't the person he really is. "I'm not the guy you saw on the TV show everybody who knows me knows that," Wes said, adding, "I hope everything works out for them... and don't forget to send me the wedding invitation."

After watching the message, Ed replies, "Yeah Wes, you'll definitely get an invitation." Jillian adds jokingly, "Don't worry Wes, you'll be at the wedding. Somebody has to play 'Love Don't Come Easy.'"

This morning, Jillian and Ed sat down with Anderson Cooper on "Regis and Kelly" -- where the news reporter (filling in for Regis Philbin) asked Harris how many of the suitors she slept with!

When asked about her reaction to the question, Jillian told "Extra" she was shocked. "I think it just came out of his mouth and I don't think he knew what he was asking until we were all like, 'What did you just ask?' Yeah that's a sensitive subject -- we don't really talk about that."

Still, Jillian is thankful for her experience on "The Bachelorette" because it led her to Ed. "I did some things right, some things wrong, but I ended up with the person I know I'm gonna spend the rest of my life with."